James Roby says the decision to postpone the 2021 World Cup by 12 months convinced him to retire from international rugby league: "I was hoping to be selected for RLWC2021 this autumn and taking absolutely nothing for granted, but 2022 is a year too far. Time waits for no man"

The 35-year-old hooker has made 36 appearances for England and seven for Great Britain going back to his debut against New Zealand in Christchurch in 2006.

Roby, who intends to hang up his boots at the end of the 2022 season, says the decision to postpone the 2021 World Cup by 12 months convinced him the time was right to bring his international career to a close.

Roby said: "I was hoping to be selected for RLWC2021 this autumn and taking absolutely nothing for granted, but 2022 is a year too far. Time waits for no man.

"I've had some incredible experiences and standing for the national anthem as an England or Great Britain player is something I'll never forget.

"I'll be supporting Shaun (Wane) and the boys next year and there's no reason why they can't go all the way."

Roby was named man of the match on his first appearance in a World Cup, against Papua New Guinea in 2008, and also played in the 2013 and 2017 tournaments, including the World Cup final against Australia in Brisbane four years ago. 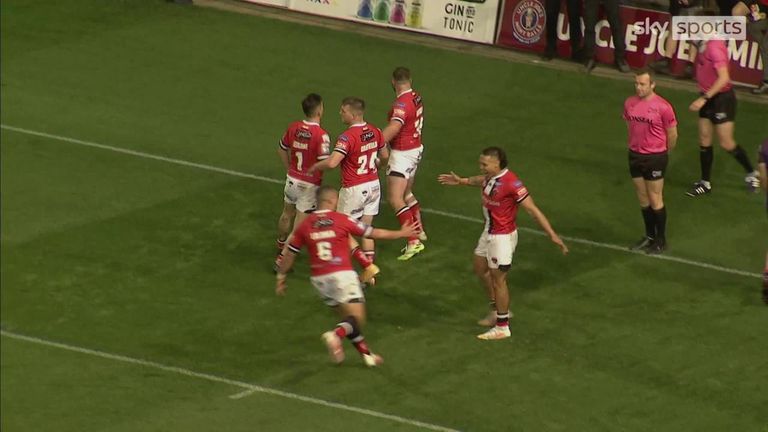 England head coach Wane said: "I've been a long-time admirer of James and I'm gutted that I never got the chance to coach him.

"He'd have played in the World Cup had the tournament gone ahead this year but I understand the reason for his decision."

Wane is hoping the postponement of this year's World Cup will give England a better chance of lifting the trophy in 12 months' time.

Wane's men were due to open their campaign against Samoa at St James' Park in Newcastle on October 23, but will instead face France in Perpignan as they re-draw their preparations for next autumn.

However, far from seeing the delay due to the coronavirus pandemic as a setback, England's head coach is determined to use the extra time to hone his side for an even stronger challenge for glory.

Wane said: "To be honest, I am the eternal optimist and the way I look at it, in the big scheme of things as a sport, it's really disappointing for me and for many other people who had worked hard to get this World Cup on.

"But it's not to be, the simple fact is it's not to be and we've got another 12 months, so I'm going to use that 12 months to make sure my players are even better prepared for next year's World Cup. That's the only stoic way we can look at it."

Had the World Cup taken place as planned, some of the nation's emerging stars - the likes of Leeds centre Harry Newman, St Helens stand-off Jack Welsby and Wigan second row Kai Pearce-Paul - might not have made Wane's squad, but stand a chance of doing so now.

Asked if the postponement has improved England's chances, Wane said: "Absolutely. We are in good shape.

"The Super League clubs are doing a great job with these players to produce them. We just need to produce more and better players.

"We can't sit back and pat ourselves on the back. Super League clubs, coaches, scouts, they've all done a great job in producing that young talent list, it's immensely talented.

"But it can't end. We have to double that. We have work hard and we have to get better staff, better quality, everything has to improve. That's the mentality we must have."

Indeed, Wane will use the France game, his first official Test since his appointment in February last year, to run the rule over some of his young hopefuls.

He said: "I'm trying to pick my best team with a view on the World Cup. If I've got a choice between a 31-year-old and a 21-year-old, I'm going to go with the 21-year-old in this game if they're very, very similar because my main focus is to have a really good World Cup next year."

Wane is expecting a tough encounter in France after his own painful introduction to Test rugby on that side of the English Channel.

He said with a smile: "My first carry, I ran into a bloke called Max Chantal and he smashed my nose all over my face. I can't remember another thing, knee to head and it was one of the worst games I ever played. That was my introduction to Test rugby in France."

Meanwhile, Wane once again refused to be drawn on speculation that he could return to former club Wigan for the 2022 campaign.

He said: "I've not agreed anything with anybody. My one focus is the French game coming up with England. I've not said anything definite with anybody from Australia or anybody in Super League."