Sam Tomkins of Catalans Dragons has been named as 2021's Steve Prescott Man of Steel with Jodie Cunningham of St Helens named Woman of Steel.

Tomkins, part of a Catalans squad this year which has clinched the League Leaders' Shield for the first time and also made it through to the Grand Final for the first time, wins his second Man of Steel award, having previously picked up the gong while a Wigan Warriors player in 2012.

Tomkins was also previously crowned as Super League's Young Player of the Year on two occasions, in 2009 and 2010.

"It is a huge honour to receive the Man of Steel Award. It comes off the back of some great team performances, and I feel lucky to be playing in a great team at Catalans," Tomkins said.

"It was a long time ago when I won it for the first time. Someone showed me some pictures from the time, I was just a young kid enjoying playing rugby.

"I'm at a very different stage of my life now. It means a little bit more to me as I know I've not got another 10 years of playing the sport."

Steve Prescott MBE Man of Steel Chairman Ellery Hanley MBE said: "Sometimes in your life you have to tip your hat and give full praise and credit to an individual.

"Sam Tomkins has been head and shoulders above everyone in the Steve Prescott Man of Steel points this season.

"Watching his performances this season, he has established himself not only as a marvellous rugby league player, but a fabulous leader of men.

"Look deeper into Sam's game and you will see what he has done to the rest of his team individually and collectively, in bringing the best out of the Catalans Dragons squad. Sam has had a brilliant, majestic and a wonderful season in all facets of the game." 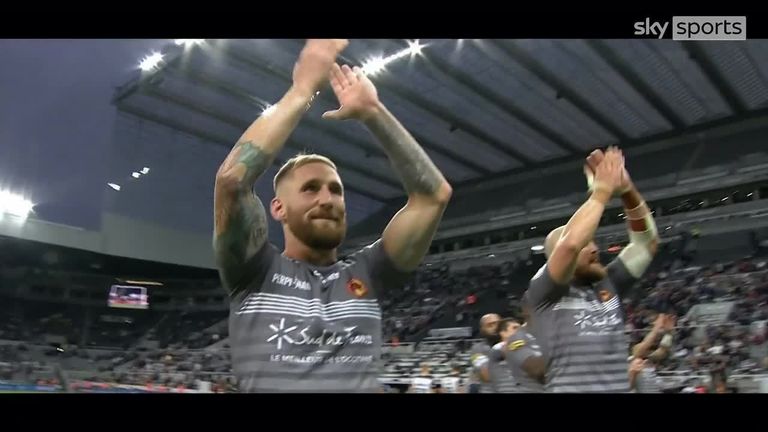 Catalans head coach Steve McNamara was named Betfred Coach of the Year on Monday evening, at the Super League awards, having guided the French outfit to an historic campaign thus far.

Jodie Cunningham of St Helens was named as the Woman of Steel, after a season in which the Saints dominated all around them and picked up the League Leaders' Shield on the final day of the season.

Cunningham's St Helens also picked up this year's Challenge Cup title, and will contest the 2021 Grand Final vs Leeds on Sunday, live on Sky Sports, where they will aim to wrap up a tremendous treble.