Williams, who starred in both codes and won two Rugby World Cups, spoke to Sky Sports News following the launch of his autobiography which includes facing up to his battles with drugs and alcohol

Sonny Bill Williams has opened up on how writing his autobiography helped him come to terms with some of the struggles he faced off the field during his rugby career.

The New Zealander burst onto the scene in 2004 as an 18-year-old with NRL side Canterbury Bulldogs and would go on to scale the heights in both codes, including two Rugby World Cup triumphs with the All Blacks across his two spells in rugby union.

But his formative years with the Bulldogs saw him attract attention for his off-the-field exploits as well as what he was doing on it and, speaking to Sky Sports News following the launch of his book You Can't Stop The Sun From Shining, Williams revealed how writing it had been a form of therapy. "It's been a real therapeutic process, this whole book, because I've understood my strengths and weaknesses a lot more," Williams, who had a tough upbringing in state housing in the Auckland suburb of Mount Albert, told Good Morning Sports Fans.

"One of my strengths growing up, coming from pretty much nothing, I strove so hard to get mum a house with wallpaper on it. I pushed the boundaries, I trained my butt off because that's all I knew because I wanted to succeed, be something, create something and give something to my family.

"That pushed me to unbelievable heights at such a young age on the sporting field but in my house, it was all about survival from paycheque to paycheque. Dad and mum didn't have the luxury of sitting me down to say 'son, if you get to a high-performance space these might be the pitfalls'.

"Yes, I had a good, strong, moral compass, but I wasn't taught that real strength was standing up for what you believe in and sticking to that." 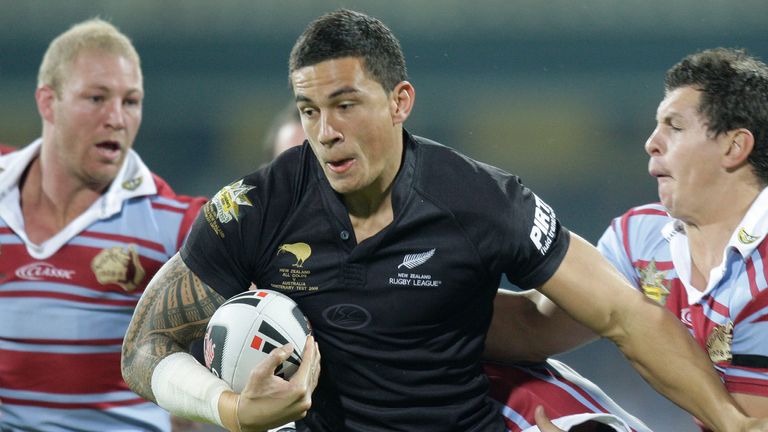 In my house, it was all about survival from paycheque to paycheque. Dad and mum didn't have the luxury of sitting me down to say 'son, if you get to a high-performance space these might be the pitfalls'.

Williams credits discovering Islam with helping him overcome the drug and alcohol problems which plagued him during those years, having never previously touched them before being exposed to a "play hard, train hard and party hard" lifestyle unlike anything he had known before.

He also believes the progress made across all professional sport in terms of mental health awareness is proving beneficial for athletes now making their way in whatever their chosen sporting discipline is.

"After five years of doing that, I was terribly unhappy off the field and felt all of those bad mistakes which had been well-publicised ate away at my soul," Williams said.

"Now with my faith, Islam, I turned it around in the sense whereas instead of chasing those unnatural highs, I chased them through being a good person and giving my time and striving to be better.

"When I was playing, we didn't understand that just because these young men and women are on the big stage doing these amazing things in a sporting context, that doesn't mean they've got everything worked out.

"Now, we understand you've got to go deeper and it's not just the physical things we need to work on, it's the mental things as well."

Williams announced his retirement from rugby earlier this year, having returned to the NRL with Sydney Roosters when his stint in Super League with Toronto Wolfpack came to an end after just five appearances following the collapse of the Canadian team in the wake of the 2020 season being suspended due to the Covid-19 pandemic.

The 36-year-old has since returned to the boxing ring, recovering from a second-round knockdown to score a unanimous decision win over Waikato Falefehi in Townsville in June in his first fight for six years. 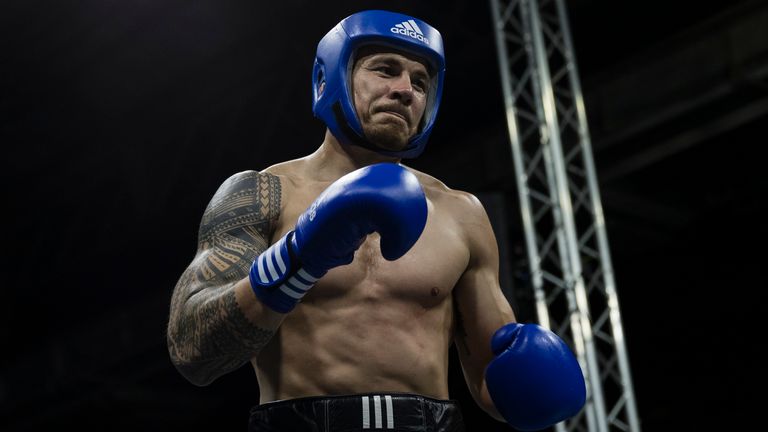 Introduced to boxing by another rugby player turned pugilist Anthony Mudine, Williams initial venture into the sport to pay off the $1M debt accrued when he walked out on the Bulldogs to join French rugby union side Toulon in 2008.

But now with an unbeaten 8-0 record following the win over Falefehi, the former New Zealand heavyweight champion is putting his full focus into boxing for the next two years.

"My boxing career started off through necessity, but although I'm 36 now I'm very committed to giving boxing for all for the next 24 months," Williams said.

"I've done everything in rugby [union] and rugby league, and now I'm just really focused on it. Before I walk off into the sunset, I want to give boxing a good crack because I've only done it for six or eight weeks and I've seen the improvement that I've had in that time.