John Bateman will lead an England team that includes eight uncapped players when they take on France in Saturday's international in Perpignan (2.30pm BST).

The injury-enforced absence of Sam Tomkins, who skippered the side in the 26-24 loss to the Combined Nations All Stars in June, sees Wigan Warriors second row handed the captaincy.

🏟️📺 Where will you be watching this week's double-header from?

"We have some outstanding leaders in the team, including John Bateman who'll be captain," Wane, who previously coached Bateman at Wigan, said.

"I've known John since he was a kid, I trust him, I know what he's capable of and he's strong under pressure - and we have other strong leaders too, like Jonny Lomax in the halves and Mike Cooper in the front row.

"This is also a chance for the players to put a marker down for the World Cup. Some of them haven't featured in an England set up before and I'm really excited for them. Representing your country is a dream and I'm looking forward to seeing what they can do in an England shirt."

Davies, Knowles, McShane and Oledzki have previously pulled on an England shirt in the non-cap international against the Combined Nations, but this will be the first taste of Test match rugby league while representing the national team for the quartet. 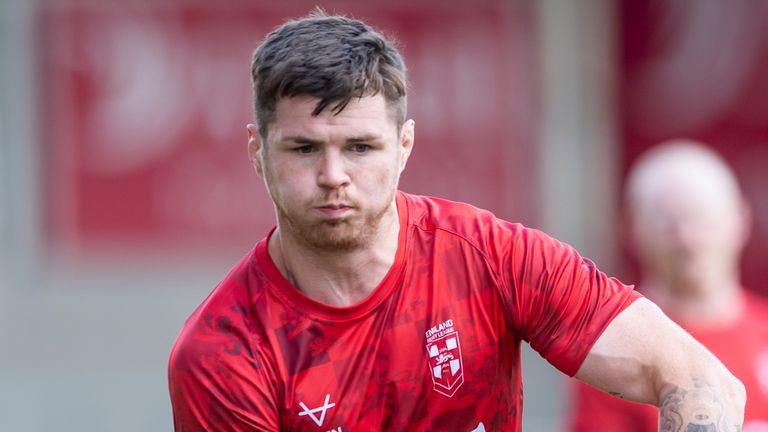 I've known John since he was a kid, I trust him, I know what he's capable of and he's strong under pressure.

Another of those is former Wales international Knowles, who slots in at loose forward. McShane, Man of Steel in 2019, lines up at hooker with Leeds Rhinos No. 9 Leeming, who featured for the Combined Nations against England, backing him up from the bench after an impressive season.

Bateman, meanwhile, lines up alongside fellow Wigan player Liam Farrell in the second row. Alex Walmsley and Mike Cooper have been handed the starting prop roles, while back row Ben Currie is the other interchange player.

"There's a very positive mood in the camp, a great camaraderie," Wane said. "The lads have trained well and we're ready to go."

Meanwhile, former Catalans Dragons half-back Tony Gigot has been given the captain's armband by new France coach Laurent Frayssinous in the absence of Ben Garcia, Theo Fages and Julian Bousquet, who are all injured.

With Salford full-back Morgan Escare left out of Frayssinous' initial 20-strong squad, it means his team is made up entirely of players from either Catalans or Toulouse.

Frayssinous, who will be taking charge of his first match, said: "The group is of very good quality despite the injuries to Theo Fages, Benjamin Garcia, Julian Bousquet, Alrix Da Costa, Gadwin Springer and Rhys Curran.

"It combines experience and youth with 10 players in this group who are likely to celebrate their first selection in blue.

"This Test match against England is the start of our new planning for the 2022 World Cup and I am confident that we can give the English a competitive game."