Wigan coach Adrian Lam criticised his players' attitudes after they suffered a 16-12 defeat at Castleford.

It was two tries apiece at the Jungle but Danny Richardson kicked three penalties to punish the Warriors for an indisciplined performance and condemn them to a fifth consecutive away defeat at the hands of the Yorkshire club.

"It was really frustrating, just a penalty-a-thon," said Lam. "There were 10 penalties against and no flow in the game.

"We were poor with a lot of things, our attitude wasn't right, I'm not impressed at all.

"Four of the penalties were in front of the posts and you can't do that when you come to Cas. 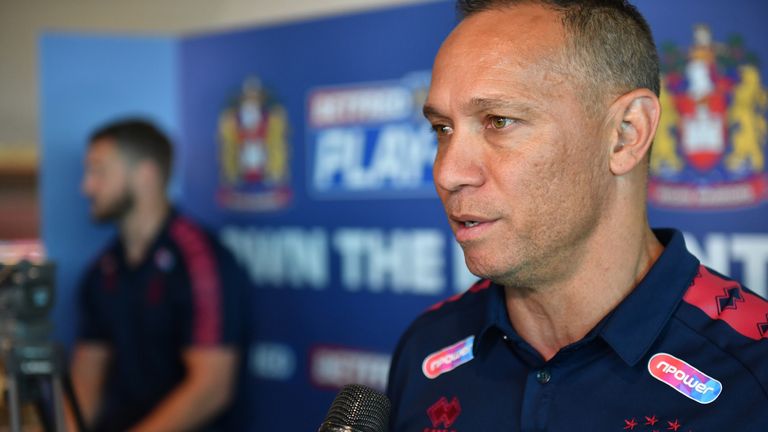 We looked off the pace from the start, they tackled harder and ran harder than us.

"We've only got ourselves to blame because our execution on the back of that was not great, we were not Wigan tonight, a lot of silly basic errors.

"We've got a fair bit of work to do. We looked off the pace from the start, they tackled harder and ran harder than us.

"We got a little bit ahead of ourselves after last week. It's an opportunity to rethink and move forward again."

Castleford never looked back after tries from Derrell Olpherts and Cheyse Blair helped them into a 10-0 lead after half-an-hour and a last-minute converted try from winger Joe Burgess flattered the visitors.

"It's a pretty important win for us," said Tigers coach Daryl Powell. "It's a significant one for us too, looking at the team we had out, we had a few young boys out there.

"It's a huge win, all the values we placed so highly were out there in massive amounts today."

It was a fitting way for long-serving Castleford captain Michael Shenton, 33, to mark his 300th Super League appearance.

"He's a class player and obviously our captain," said Powell. "He's been awesome in his time here and he keeps racking up milestones.

"He was excellent, we asked our leaders to stand up tonight and they did."

At the other end of the age scale, Powell handed a debut to 17-year-old Sam Hall in the absence of seven regulars and he was delighted with the teenager's cameo role in the win.

"His parents presented him with his shirt before the game," said Powell. "He's going to be a really good player in the future.

"His debut came earlier than he expected but I thought he handled it really well."

Powell was forced to bring stand-off Jake Trueman off before the end because of illness.

"He gets bad migraines that are exercise induced and he was really bad," said Powell. "He was struggling to see but it's not something that will keep him out of the next game."