The reigning champions punished some early slips from an inexperienced Catalans side, with Tommy Makinson, man-of-the-match Lewis Dodd and Regan Grace all going over for tries. Full-back Coote kicked three conversions and a penalty to put them 20-6 up at half-time too.

The visitors, who rested several players and were without talismanic full-back Sam Tomkins due to injury, were not helped by losing Joel Tomkins to injury and having Joe Chan sin-binned towards the end of the first half, although Matthieu Laguerre's try gave them a glimmer of hope.

💥 2nd beats 1st as the Saints come out resounding winners back at our St Helens home!#COYS

However, Joe Batchelor's converted score and another from Scotland international Coote, who added a second penalty, saw Saints end Catalans' club-record winning run of 12 games and close the gap on the Super League leaders despite also having Sione Mata'utia sent to the sin-bin.

Catalans were down to their last 18 fit players for the match, including forward Tomkins who defied an elbow injury to play before eventually being forced off, and suffered further knocks during the game to Paul Seguier, Benjamin Jullien, Laguerre and Chan.

It was all St Helens during the first quarter and they took the lead with just five minutes gone, punishing James Maloney's failure to find touch from a penalty. A repeat set of six then allowed them to build pressure, with Jonny Lomax finding Makinson out wide for the winger to score.

Four minutes later, Saints were in again and this time it was 19-year-old Dodd who grabbed the try with a bit of improvisation as he kicked forward a loose ball from Louie McCarthy-Scarsbrook's attempted offload and dived on it over the try-line.

Grace then produced a bit of magic for a converted try which put the home side 18 points clear in the 17th minute, stepping through the defence when he seemingly had nowhere to go out on the left wing and stepping on the gas to finish.

Catalans rallied after the break on the back of a set restart and a penalty, with Super League debutant Cesar Rouge setting up another product of the Dragons' youth system Laguerre for a try converted by Maloney.

Coote's penalty for a late hit by Chan on Mata'utia which also saw the Catalans forward shown a yellow card put St Helens 14 points ahead at half-time and they increased that lead 11 minutes after the break when Batchelor chased down a grubber kick from Lomax to score.

A yellow card for forward Mata'utia, also for a late hit, saw the Dragons make the most of the temporary numerical advantage when Alrix Da Costa send Goudemand powering through a gap for a try on 56 minutes.

But another penalty from Coote and a converted try from the Hull Kingston Rovers-bound full-back ensured there would be no way back for the French side as the back-to-back Grand Final winners claimed an important win. 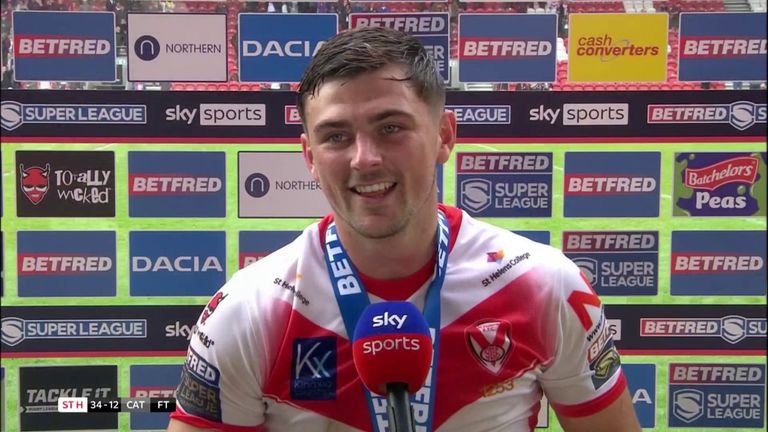 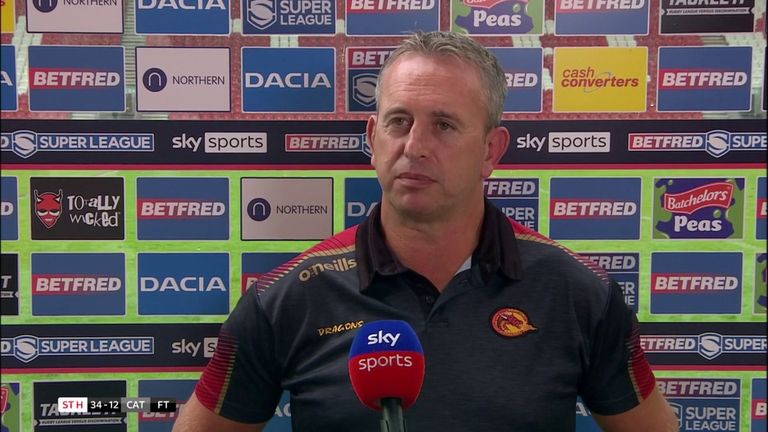 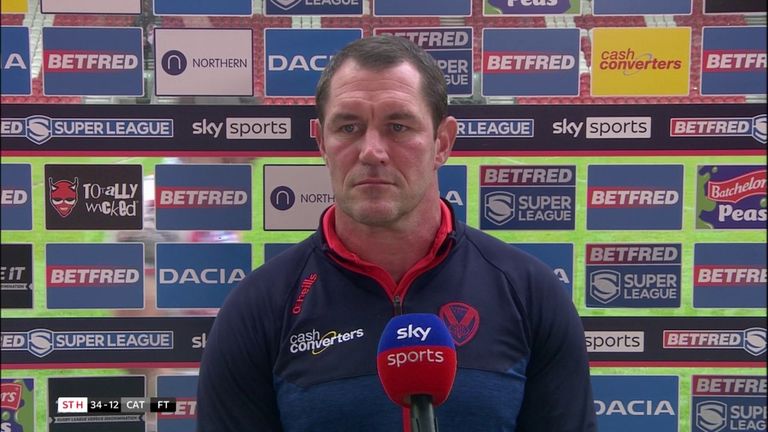