Joe Batchelor believes that there is no extra pressure on St Helens to perform in Saturday's Grand Final; watch this year's Grand Final between Leeds and St Helens on Sky Sports Arena and Main Event from 5pm on Saturday (6pm kick-off)

Joe Batchelor is now a seasoned professional when it comes to winning in the white and red vee of St Helens.

Rising up from the ranks of League One, the second row forward has taken the Super League by storm and fought hard to now be one of the most exciting talents in the side.

Now, he is using his own experiences of Grand Final glory to try and write his name in history as part of a St Helens side that could achieve a record-breaking fourth Grand Final victory in a row.

Despite the opportunity to take home such a landmark victory, Batchelor says there is no extra pressure on his side than any other year.

"I don't think there is too much pressure," said Batchelor.

"Obviously within our group we are driven to have high standards and stuff like that so there is pressure within the group to deliver high performances week in, week out.

"But I don't think Saturday has any pressure for us really. This is the point we want to be at in the season and we have got to it.

"We have just got to be right on our game because Leeds have had a great end to the season, they are going to come in great spirits and might have a free hit mentality which makes teams very dangerous.

"I think they will be coming to win so we can't expect anything different from them. 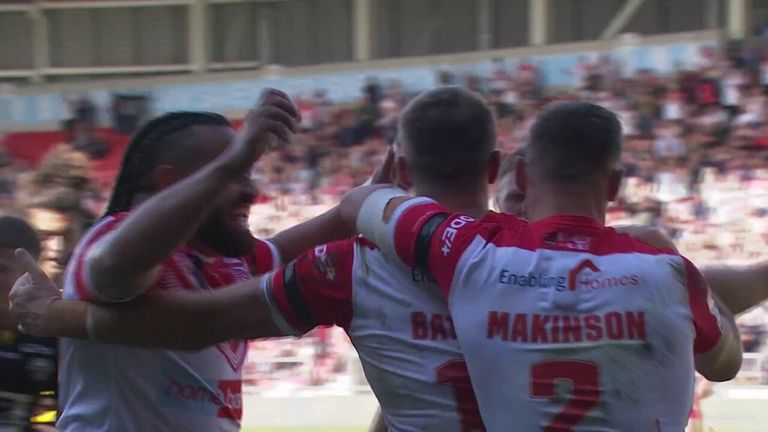 "We have got the group of experienced lads who have won it a couple times before and then you have got the lads like [Curtis] Sironen, [Konrad] Hurrell, [William] Hopoate, for who it is their first week.

"So, it has got an excitement around it as well because they have never been in this position before and it sort of brings back the memories of your first Grand Final.

"So, although we have got the experience with game days it is never the same on Grand Final day."

With the opportunity for St Helens to win four trophies in a row just one of the many storylines dominating the build-up to the big dance, Batchelor insists St Helens are remaining focused on "what will win them the game", rather than the underlying history that is so deeply rooted in a St Helens clash with the Leeds Rhinos. 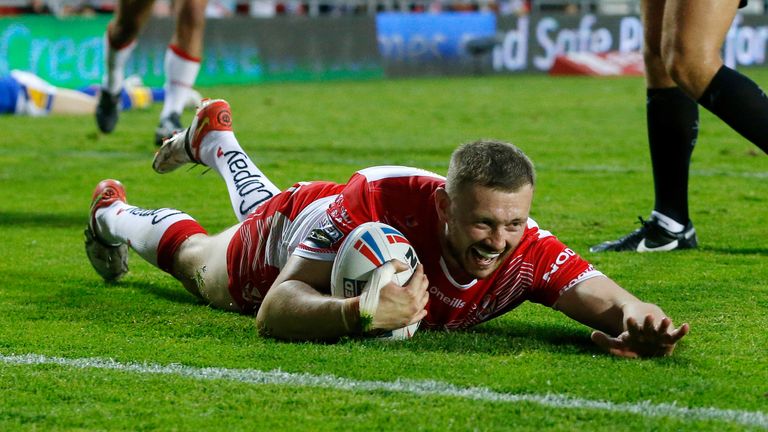 "There is lots of different storylines you can go at but obviously we want to win and they want to win so we have just got to focus on what will win us the game on Saturday and not on the narrative."

Indeed, the Rhinos have beaten St Helens four times in a row at Old Trafford in very similar circumstances, but for the St Helens side, such "narratives" have been put firmly on the back burner.

"It was a really tough game and Salford really stuck with us, at 13-12 it was right in the balance so to win it is a great emotion and to get to the Grand Final we celebrate it," he added.

"You have got to enjoy those moments but we have come back in now after a couple of days off to freshen up and we are ready to work so that is how you go about it.

"There are lots of different storylines you can go at but obviously we want to win and they want to win so we have just got to focus on what will win us the game on Saturday and not on the narrative."

Sironen: I want to play my best game of the season

For others, such as Curtis Sironen, the Grand Final marks their first taste of Super League's biggest night at Old Trafford.

However, the Australian second rower is just focusing on leaving it all out there at the Theatre of Dreams come Saturday.

"It is my first Grand Final and I am sort of just focused on myself and putting in my best performance," said Sironen.

"I know if I do that and the boys either side of me do that we have a chance of winning any game at St Helens.

"You learn coming to the club quickly that it is a winning culture and you have got to adjust to that and I think that is something that, as a team, we pride ourselves on.

"Everyone can say what they want about Leeds getting there, about Saints winning four in a row but I just want to go out there and play my best game of the season and hopefully be a Super League champion."