Tony Clubb has been charged by the Rugby Football League with using racist language following an incident involving Hull FC's Andre Savelio on Thursday; Clubb was originally suspended by Wigan Warriors while they investigated the allegations 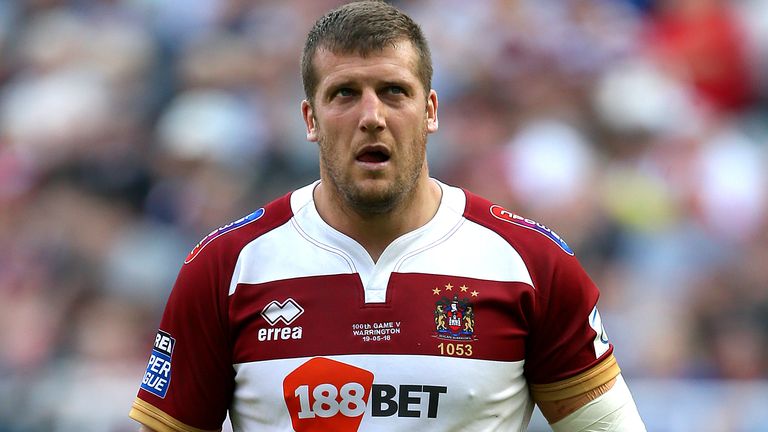 The charge comes following Wigan's match with Hull FC on Thursday in which Hull's Andre Savelio made a formal complaint.

The RFL confirmed on Monday that 33-year-old Clubb had been "charged with the Grade F offence of unacceptable language/abuse based on national or ethnic origin, following an incident in the 15th minute of the match".

Savelio, a New Zealand-born forward who is of Samoan descent, detailed the alleged slur - which made reference to his Polynesian heritage - in a Twitter post following the game.

In the post, Savelio said: "In a game where 30 per cent are of that heritage, hell I won't sit quietly. I'm just hopeful a camera or microphone clocked it and it's dealt with."

Clubb was subsequently suspended by Wigan as they began a joint investigation with Hull to establish the circumstances of the incident.

It overshadowed what had been a hard-fought encounter which finished with Wigan ending Hull FC's unbeaten start to the 2021 Super League season in a 16-14 win.