Sean O'Loughlin says England must deliver a strong performance as well as a victory in their World Cup game against France on Sunday.

England battled hard before being beaten 18-4 by tournament co-hosts Australia in their opening game before a lacklustre 29-10 win over Lebanon last weekend.

That has led to England skipper O'Loughlin issuing a rallying cry as they prepare to face France at the Rectangular Stadium in Perth.

"It was disappointing not to get the result from the Australia game, but the performance was reasonably good and it was probably a little bit vice versa in the second game," said the Wigan loose forward.

"This week it's about getting the win, but also improving our performance." 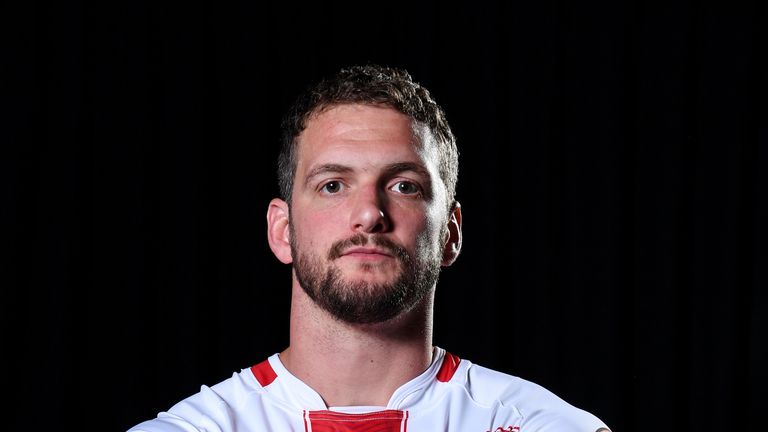 Wayne has probably got in his mind who he thinks is his first choice, but a few might give him some headaches this week.

Head coach Wayne Bennett is expected to ring the changes for the game but O'Loughlin does not feel that will affect their ability to perform as they look to progress to the knockout stages.

Gareth Widdop will switch to full-back, with Kevin Brown and George Williams given the chance to impress in the half-backs alongside Luke Gale.

"The boys who haven't played are excited to get their chance," added O'Loughlin. "I don't think the changes will affect our combinations too much.

Ahead of Week 3 of the Rugby League World Cup, Phil Clarke picks out his three games to watch…

"Obviously we've got Gaz [Widdop] at one, but he'll still be in the halves. Kev is coming in, but he and Luke played together against Samoa and George will get his chance as well.

"They've been mixing it up in training so they're all pretty familiar with each other.

"Wayne has probably got in his mind who he thinks is his first choice, but a few might give him some headaches this week."