England head coach Wayne Bennett will take charge of South Sydney Rabbitohs for the 2020 and 2021 seasons.

Bennett, who is the most successful coach in NRL history with seven Premiership titles, was told by Brisbane Broncos last month that his contract would not be extended beyond the 2019 season.

He will link up with England internationals Sam, Thomas and George Burgess at Souths in a reported swap deal that will see current Souths coach Anthony Seibold take over at Brisbane.

"Wayne is one of the best, if the not the best, rugby league coaches of all time and we are excited to see what he can bring to our club," said South Sydney general manager Shane Richardson.

"His football record is second-to-none and his reputation as a leader is also of the highest order.

"Here he will have the opportunity to work with some of the best senior and up-and-coming talent in the game, which from our discussions over the past few weeks I know he is excited about." 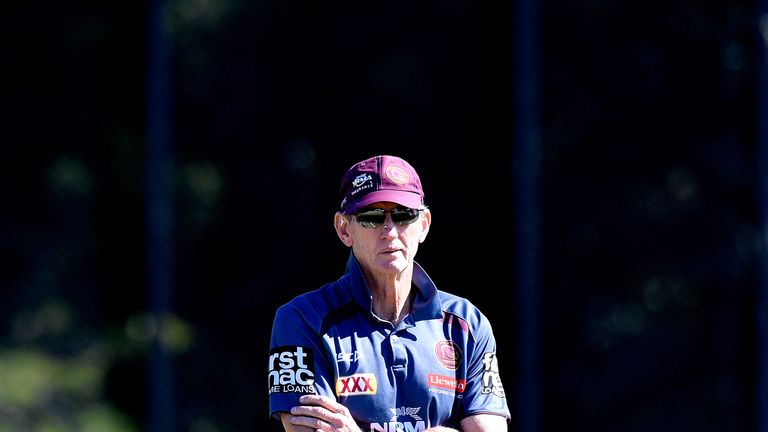 Souths is one of the iconic clubs in the game. I didn't think I would get this opportunity, but that opportunity has now come for 2020 and 2021.

Richardson added: "Anthony [Seibold] has done a great job at our club over the past two years however his hesitance to extend his contract with us, an offer which has been on the table since June, led the club to explore other options.

"We're looking forward to Wayne becoming a Rabbitoh in 12 months' time and we wish him the best of luck with the England team in their current Test series with the Kiwis."

Bennett boasts an impressive coaching CV that includes five State of Origin series with Queensland and a two-year stint in charge of Australia.

He has coached a record 813 club games over 32 seasons and is the only current head coach in the NRL that has won Premierships with more than one club.

Bennett succeeded Steve McNamara as England coach in 2016 and led them to their first World Cup final since 1995 at last year's tournament in Australia.

"I'm truly humbled by the opportunity to coach the South Sydney Rabbitohs," he said.

"Souths is one of the iconic clubs in the game. I didn't think I would get this opportunity, but that opportunity has now come for 2020 and 2021.

"I'm really grateful for the chance to be part of the club and I'm looking forward to being part of The Rabbitoh Way.

"I've always respected South Sydney and its 30,000 Members, I'm really looking forward to being part of the Rabbitohs family, and I can assure the members that I will do my very best for the club."