England crowned Six Nations champions after France beat Ireland in Paris; Ben Youngs scores two tries on 100th England appearance; Will Greenwood gives his verdict on Sky Sports News: "It was when, not if, England would get the bonus-point try"

England are 2020 Six Nations champions they beat Italy 34-5 in Rome and Ireland lost to France.

Having held an unimpressive 10-5 lead at the interval, England improved in the second half to score four tries and move top of the table.

Test centurion Ben Youngs crossed for tries at the start of both halves while Jamie George scored on his 50th England appearance.

It took only four minutes for England to break the home defence, Mako Vunipola standing at first receiver and sending Owen Farrell into a gap until Youngs appeared on his shoulder to finish the move.

Farrell added a penalty to make it 10-0 after 13 minutes but the floodgates never opened.

Instead, Italy came roaring back into the contest when Carlo Canno pounced upon a handling error by Kyle Sinckler and fed Gloucester No 8 Jake Polledri, who beat four England defenders as he cantered over in the corner.

Another setback came in the 23rd minute when debutant Jonny Hill was sin-binned for a high tackle, while further indiscipline allowed Italy to build pressure.

Italy were also reduced to 14 men towards the end of the half when Polledri cynically halted a driving maul, but just as England began to hammer away from close range, they conceded a penalty and Italy escaped.

Youngs extended England's lead 56 seconds into the second half when Hill charged down a box kick and Maro Itoje secured the loose ball.

George celebrated his half-century with a try from a driving maul and the bonus-point try arrived with 13 minutes remaining when Curry took advantage of an unguarded blindside.

Slade punished an absent Azzurri defence to extend England's lead and while they faced a nervous wait as events unfolded in Paris, neither Ireland or France were able to overtake them at the summit. 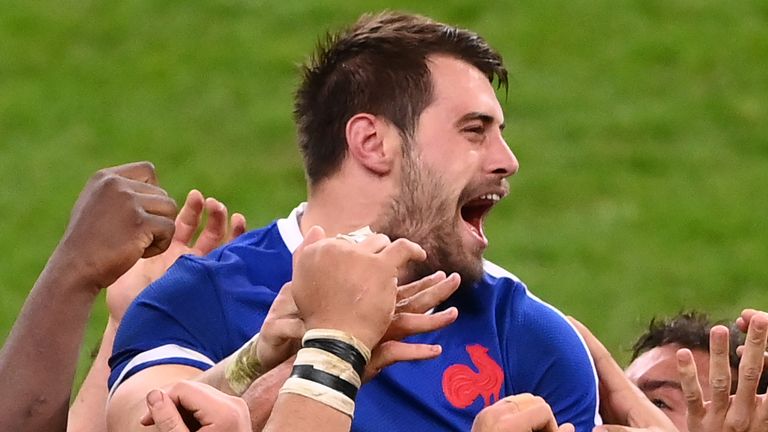 Will Greenwood was impressed by England's performance against Italy but says they were always going to find it tough after seven months away - and thinks France are becoming favourites for the Rugby World Cup in 2023.

"It was a cracking day, starting off with Wales getting turned over by Scotland at home for the first time since 2002, so under Gregor Townsend, Scotland will feel they have turned the corner and are climbing the world rankings," Greenwood told Sky Sports News.

"Then of course we headed over to Stadio Olimpico and it was a functional day for England.

"You've got to remember they didn't have their Barbarians game last week. So no game for seven months, we always expect our superstars, our World Cup finalists, to hit the ground running but it's always going to be difficult.

"It was a little slow to begin with, I know Ben Youngs scored pretty early on, in terms of getting their dominance. But eventually it was when, not if, they would get the bonus-point try that would then turn focus to Paris.

"With Ireland under (Andy) Farrell, I still think they miss a little bit of the X-factor.

"They're very functional, very powerful, love possession, they're a possession-based team, and comfortable on the ball. (Conor) Murray and (Jonathan) Sexton know their way around a rugby field but if they could have a (Virimi) Vakatawa or an (Antoine) Dupont, then maybe they would have had more of a chance of pulling off a bonus-point win.

"France are back and on the charge and a lot of people now, even though England won this Six Nations, feel France are becoming one of the red-hot favourites for the World Cup in 2023 which is in France."