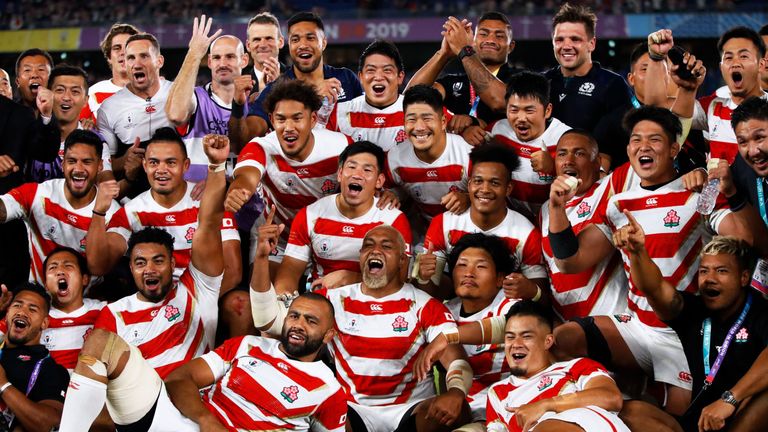 Japan sent Scotland crashing out of the Rugby World Cup courtesy of a breathtaking 28-21 victory in Yokohama.

The Brave Blossoms produced an exhibition of incisive passing and offloading as they cut Scotland open with some mesmerising rugby.

Needing to win by at least eight points, Finn Russell gave Scotland an early lead but Japan hit back with four unanswered tries to lead 28-7 after 44 minutes.

WP Nel and fellow tighthead Zander Fagerson both touched down to give Scotland hope but Japan held on for a historic win that clinched their place in the Rugby World Cup knockout stages for the first time. 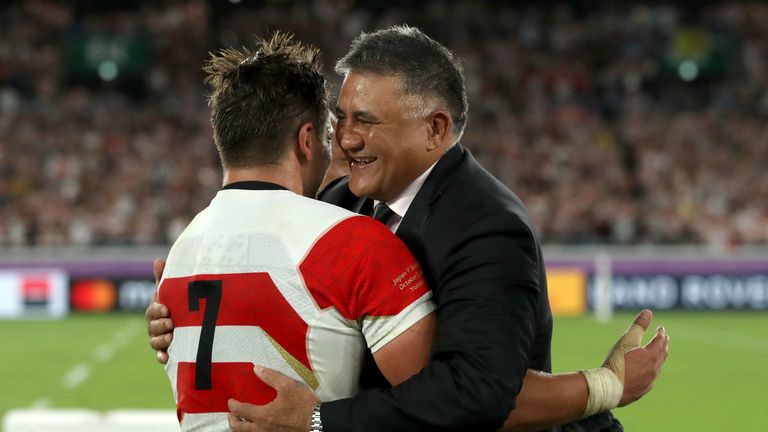 The win sees Japan finish as Pool A winners, meaning a quarter-final against South Africa in Tokyo on October 20, while second-placed Ireland face New Zealand at the same venue 24 hours earlier.

This game was only given the go-ahead on Sunday morning and it began at a frenetic pace, with Scotland taking an early lead after Russell stepped inside Yutaka Nagare and fended off Ji-Won Koo to score his sixth Test try.

Scotland were brilliant at the breakdown during the opening quarter, with Jamie Ritchie heavily involved as they consistently turned over possession, but Japan's accuracy with ball in hand eventually told as they cut loose for the remainder of the first half.

Kotaro Matsushima crossed for his fifth try of the tournament on 18 minutes after Tim Lafaele's cut-out pass found Kenki Fukuoka and he fended off Chris Harris before releasing his fellow wing.

Eight minutes later Japan scored a contender for the try of the tournament. Matsushima bounced off two tackles before a trio of brilliant offloads from Shota Horie, James Moore and Bill Tupou sent Keita Inagaki under the posts.

However, Japan struck a late body blow when Fukuoka raced onto Lafaele's perfectly-weighted grubber to give them a 21-7 advantage at the break.

Less than three minutes were gone in the second half when Fukuoka bagged his second. He ripped the ball away from Harris and streaked clear to send the home support into raptures.

Needing at least three tries to keep their shrinking quarter-final hopes alive, Scotland were given hope by their two tightheads.

Nel was pushed over the line before his replacement Fagerson scored their second try in five minutes after a wonderful line from Scott Cummings and offload by Jonny Gray.

Scotland continued to go for broke but were undone by a host of handling errors and misplaced passes as they failed to qualify from their pool for the second time in three World Cups.