Andy Murray and Novak Djokovic were due to meet each other for the 37th time on tour and first in five years; Dan Evans beaten by Andrey Rublev in last 16, while Cam Norrie is beaten by Carlos Alcaraz

Andy Murray has withdrawn from his last-16 clash with Novak Djokovic at the Madrid Open due to illness.

A statement on the tournament's Twitter feed read: "Unfortunately, Andy Murray is unable to take to the Manolo Santana Stadium due to illness."

Murray, who defeated Dominic Thiem and Denis Shapovalov to reach round three, was set to face Djokovic for the 37th time on tour and first since 2017.

The Scot had said after his three-set victory over Shapovalov he "shouldn't have a chance" against Djokovic, claiming "he's world No 1 and I've got a metal hip".

Murray had accepted a wildcard for the Madrid Open, having initially planned to skip the entire clay-court season in order to prepare for the grass-court campaign. 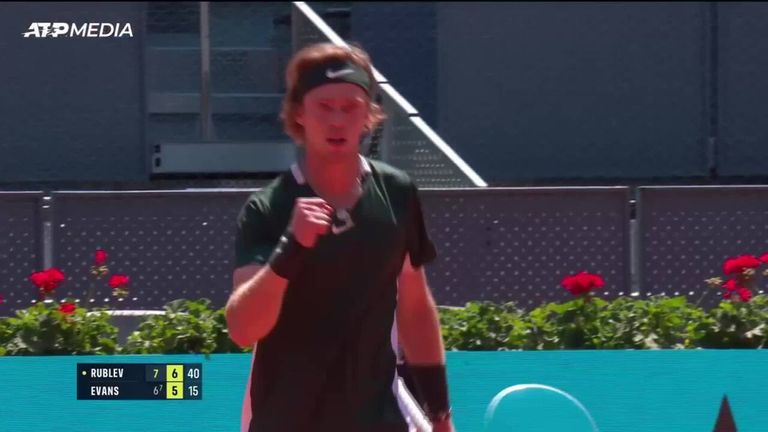 Elsewhere, British No 2 Dan Evans squandered opportunities as he was knocked out by Andrey Rublev, losing 7-6 7-5 to the world No 8 in a match that went on first on the main court with the Murray-Djokovic clash not taking place.

Evans broke Rublev in the opening game of the contest and also had set point during the tiebreak, while he failed to convert two opportunities to go 5-3 up in the second set.

Rublev will face Grigor Dimitrov or Stefanos Tsitsipas in the quarter-finals, while Djokovic will meet Poland's Hubert Hurkacz.

Meanwhile, Cam Norrie exited at the third-round stage too after going down 6-4 6-7(7) 6-3 against Carlos Alcaraz.

British No 1 Norrie pushed the seventh seed all the way, but the Spaniard eventually prevailed to give him another reason to celebrate on his 19th birthday.

Nadal, who returned from injury to beat Serbia's Miomir Kecmanovic in the third round, revealed afterwards he took inspiration from Real Madrid's improbable Champions League semi-final comeback against Manchester City the previous night as he defeated Goffin in a tiebreak. 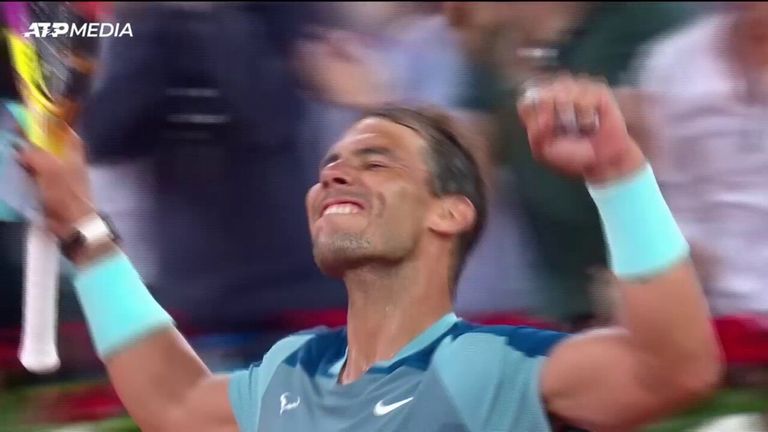 "Yesterday was an unforgettable night," Nadal said. "The spirit that Real Madrid had was just incredible. For me today, in some way, it was an inspiration.

"It was a tough match, David played at a very high level but at the same time I am not completely happy, because I think I had to finish the match in straight sets, without a doubt."