"It's the greatest reward to being in London - not only for me, but also my team"

Grigor Dimitrov says he has enjoyed his best-ever season and will head to the ATP Finals in London for the very first time in buoyant mood.

Dimitrov became the first Bulgarian to qualify for the prestigious season-ending tournament in the capital as he looks to end his campaign on an ultimate high.

The 26-year-old won his biggest title in August when he claimed his first Masters 1000 crown in Cincinnati by beating Nick Kyrgios.

He also put together a superb 16-1 record en route to the Australian Open semi-finals where he lost to Rafael Nadal in a five-set thriller in arguably one of the matches of the year.

Dimitrov, who also reached the last four of Wimbledon in 2014, won the Brisbane International, lifted the Sofia Open on home soil and finished as runner-up to Juan Martin del Potro at the Stockholm Open just a fortnight ago. 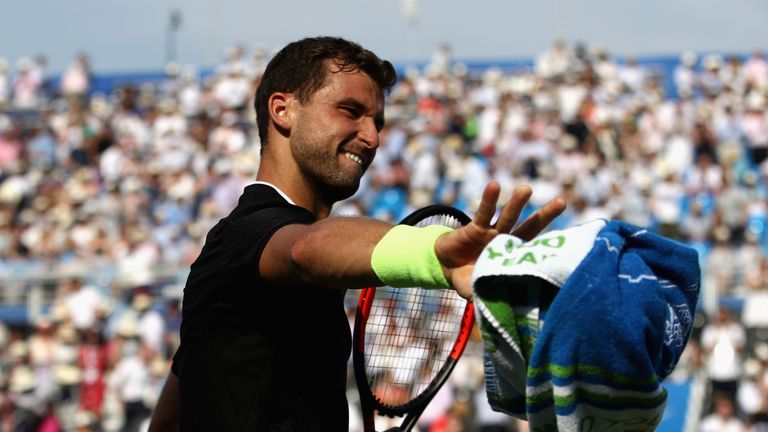 He is now aiming to cap a marvellous 2017 by going deep at the Paris Masters before the ATP Finals.

"The season so far has been the best one without a doubt. Being able to play a consistent level throughout the whole year and winning big tournaments so skipping a few tournaments has kind of let me keep a bit more fresh and excited about the tournaments I'm playing in," said Dimitrov.

"I think at the end of the day the results are showing. It's the greatest reward to being in London - not only for me, but also my team.

"I've played so well over the past three or four weeks and although I've had a few tough losses I've kept believing that I'm going to do it before the last few matches."

Dimitrov also paid tribute to his father and his coach Dani Vallverdu, who has been an important presence in the Bulgarian's box.

"My dad, who taught me how to play tennis, this guy deserves all the credit. I owe a pretty huge chunk of that to him.

"It's great to see everybody that has believed in me for so long. Even Dani coming on board nearly a year ago, my fitness guy, my physios. Everybody has been a tremendous asset to my team and they all deserve a lot of credit for that.

"Winning a few extra matches when you're not playing well is one of the biggest differences that sort of brought me into that top 10 again - being able to win on your worst days. We've done a great job with this."

Sky Sports will have the action from the final Masters 1000 tournament of the year in Paris all this week.

The Next Gen ATP Finals in Milan and season-ending extravaganza ATP Finals at London's O2 in November end another memorable year which will be covered via our website www.skysports.com/tennis with live blogs and updates as the season reaches its climax.