"It's a new concept, a new format, a new competition, it's very refreshing. It resembles the Ryder Cup in golf and carries the name of a living legend. It's phenomenal and it's a great pleasure to be part of it" 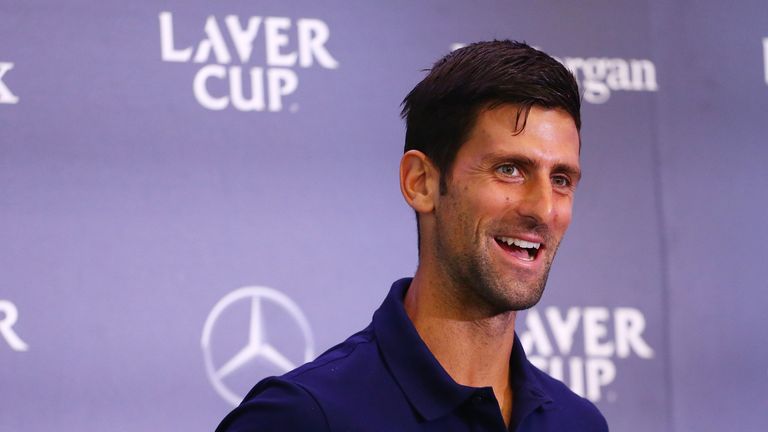 Novak Djokovic says the Laver Cup is a phenomenal event

Novak Djokovic has described the Laver Cup as "the Ryder Cup of tennis" and says he cannot wait to be involved this year.

The tournament between Team Europe and Team World takes place in Chicago from September 21-23, live on Sky Sports, and follows the inaugural event last year which was won by the Europeans.

Djokovic, who missed out in Prague through injury, said "I watched the Laver Cup from my home last year. I wasn't competing, I had an elbow injury that kept me away from the tour but the Laver Cup looked really, really good.

"It's a new concept, a new format, a new competition, it's very refreshing. It resembles the Ryder Cup in golf and carries the name of a living legend. It's phenomenal and it's a great pleasure to be part of it. 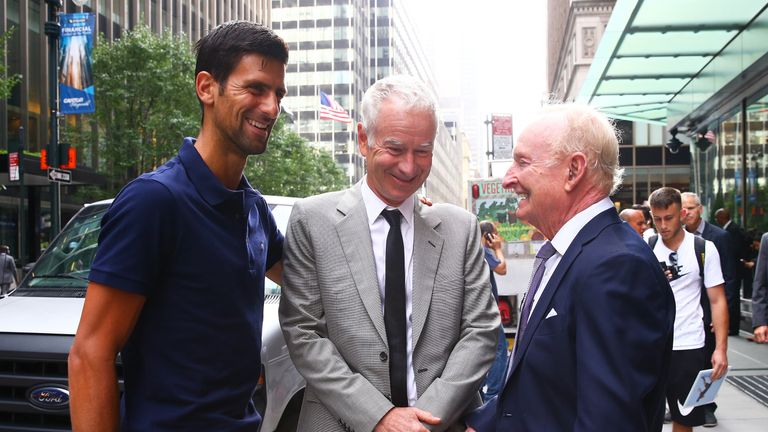 The former world No 1 will team up with Roger Federer along with Kyle Edmund, Alexander Zverev, Grigor Dimitrov and David Goffin.

They will be captained by Bjorn Borg, with Thomas Enqvist as vice-captain, in a six-match format - three singles, three doubles - with each clocking up a tally of points across the three-day duration.

"I'm looking forward to spending time with him (Federer) and all the other players," Djokovic added.

"Life on the tour is different, you don't get to mix up too much with your biggest rivals for obvious reasons, but Laver Cup is a competition that unites us all.

"It was really unusual and very nice (last year) to see all the players backing and supporting the player that was performing on the court every single day.

The side is captained by John McEnroe who is thrilled to be involved in a tournament named after his "idol" Rod Laver.

"I think it was one of the best and most exciting weeks that I have been around for many years," McEnroe said of last year's event.

"To see the players get behind it as much as they did and the crowd was amazing.

"So we're hoping that with home court advantage in Chicago which is a great sports town we can pull this out.

"The players are excited, I'm excited. It was an awesome week and we're looking forward to it being even better this year."

Watch the Laver Cup live in Chicago on Sky Sports from September 21-23.

We will have news, previews, live blogs, reports and expert analysis from the US hardcourt season. On the move? Head to our app for mobile devices and iPad, or follow our Twitter account @SkySportsTennis to join in the conversation.