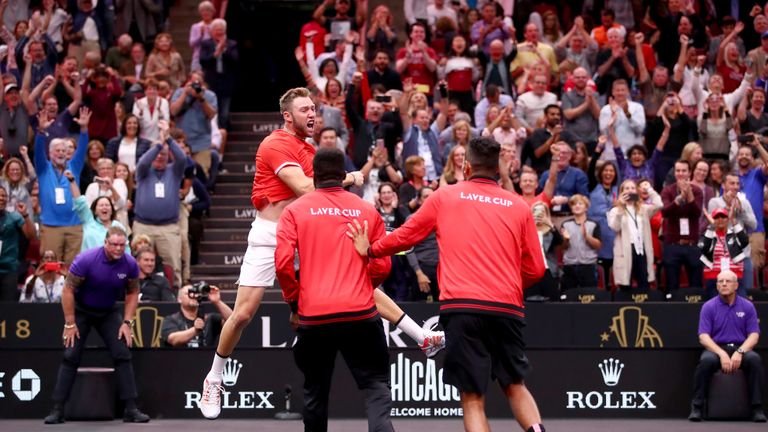 Jack Sock and John Isner saved two match points to defeat Roger Federer and Alexander Zverev and put Team World ahead for the first time in the history of the Laver Cup.

The red team had trailed 7-1, but John McEnroe's men staged a remarkable turnaround thanks to their doubles star, Sock, who made it three doubles wins from three, as he inspired partner Isner to a magnificent 4-6 7-6 (7-2) 11-9 victory in the opening match of the final night in Chicago.

Federer and Zverev looked set to give Europe a commanding 10-5 lead in the match after taking two match points in the super tie-breaker at the United Center.

But a superb fightback from the American pairing saw them level before Isner then gave them a match point at 10-9.

A Sock forehand on the next point was then ballooned long by Federer to complete a dramatic win for the World team, who were mobbed by their watching team-mates following the victory. 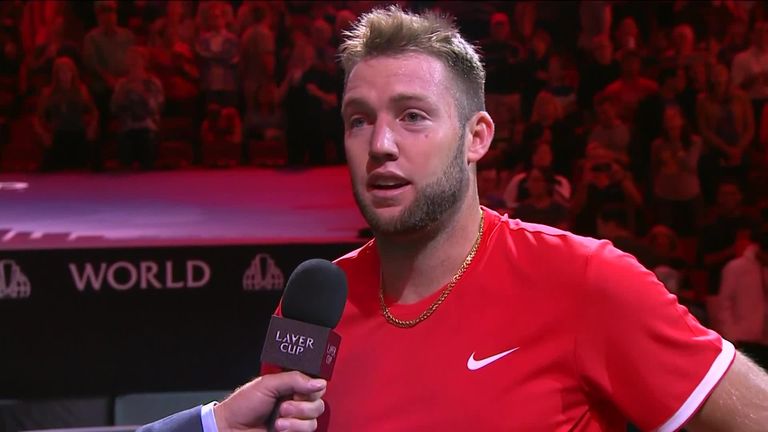 "I'm still out of breath, I should probably train some more. That was epic," world No 17 Sock said afterwards. "Without you guys we would have the lead for the first time in Laver Cup history.

"John makes my job easier with his serve. It's like the greatest of all time, if not the best. I played solid the whole match but made a few errors in the breaker. "But John picked me up and carried me down the stretch."

With each rubber worth three points to the winner, two more wins for Europe or the World team will clinch the title.