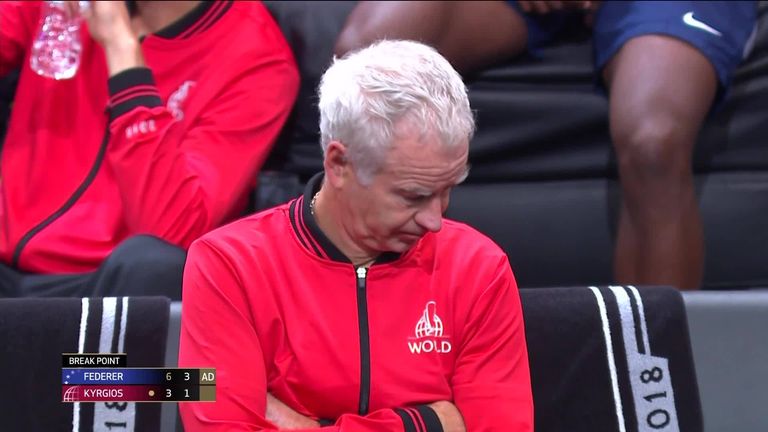 Team World captain John McEnroe was in vintage form as he gave the chair umpire both barrels during Nick Kyrgios' defeat to Roger Federer at the Laver Cup.

Federer was in top form in Chicago on Saturday as Team Europe continued to batter Team World.

The 20-time Grand Slam winner dispatched Kyrgios 6-2 6-3 to earn two points and extend the European lead to a commanding 7-1.

Team World's frustration came to the boil with some vintage grumbling at the chair umpire from captain McEnroe and Kyrgios over a disputed line call.

Meanwhile, Federer kept his cool and cruised to an impressive victory after little more than an hour on court.

Click on the video above to watch Johnny Mac take out his frustrations on the chair umpire. It even left Federer smiling...