Roger Federer and Alexander Zverev extended Team Europe's advantage to 7-1 as the red mist descended on John McEnroe's Team World at the Laver Cup in Chicago on Saturday.

With two points available for a win on the second day of action, Federer and Zverev both recorded wins to edge the defending champions closer to the winning mark of 13 points.

In the opening match of the night, Zverev rallied from match point down to earn a dramatic 3-6 7-6 (8-6) 10-7 (10-point tie-break) victory over John Isner to move Team Europe 5-1 ahead at a packed United Center.

And 20-time Grand Slam champion Federer extended the advantage for the men in blue after a supreme 6-3 6-2 demolition of Nick Kyrgios. 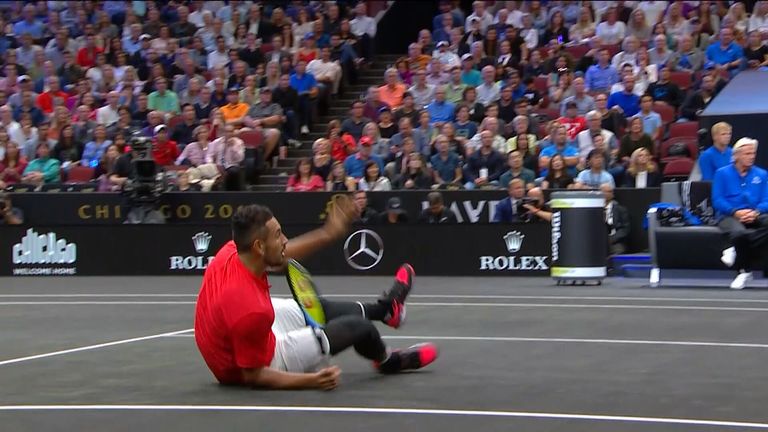 The Swiss great took a 3-1 lead in the first set thanks to a typical backhand winner down the line and from then on in he never looked back as he wrapped up the set.

Team World's frustration came to the boil with some vintage grumbling at the chair umpire from captain McEnroe and Kyrgios over a disputed line call.

But 37-year-old Federer kept his cool throughout the incident and kept his momentum going with a couple more breaks to hand him an impressive win after little more than an hour on court.

"I'm very, very happy," said Federer. "I felt good from the beginning of the match and that's unusual because we need matches to get going to get used to the reaction of the court with all the spins and slices. Today was just very clean with my game plan." 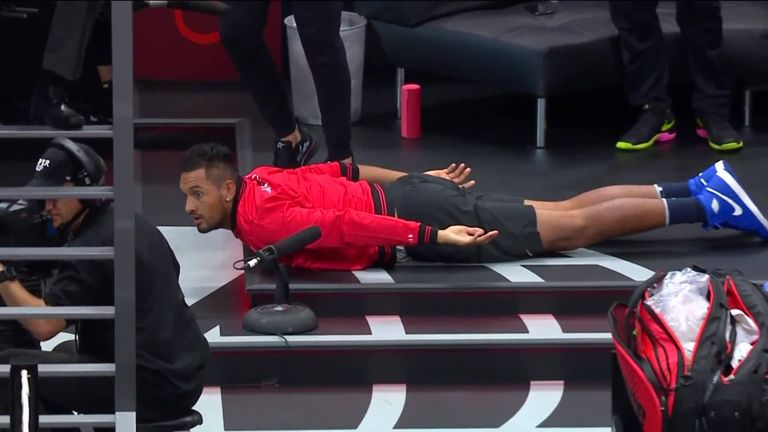 Zverev remains undefeated in the competition after showing great determination in saving a match point at 6-5 down in the second set tie-break to level the contest.

He then raced into the lead in the 10-point match tie-break, and despite a late surge by Isner, Zverev did enough to close out for the win.

"It was intense and a very high level. John was playing unbelievable and it wasn't easy. We have got to do everything as a team, everyone was out there - it was a very special moment," said world No 5 Zverev.

"How can you not love the Laver Cup? Special crowds, special stadiums, special team, the whole atmosphere is unbelievable." 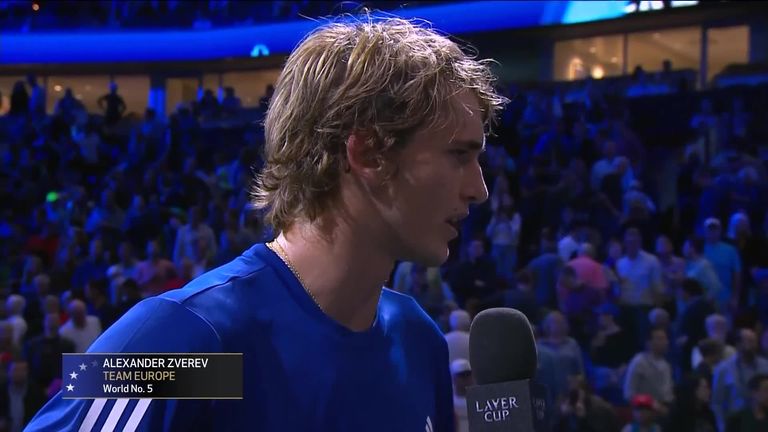 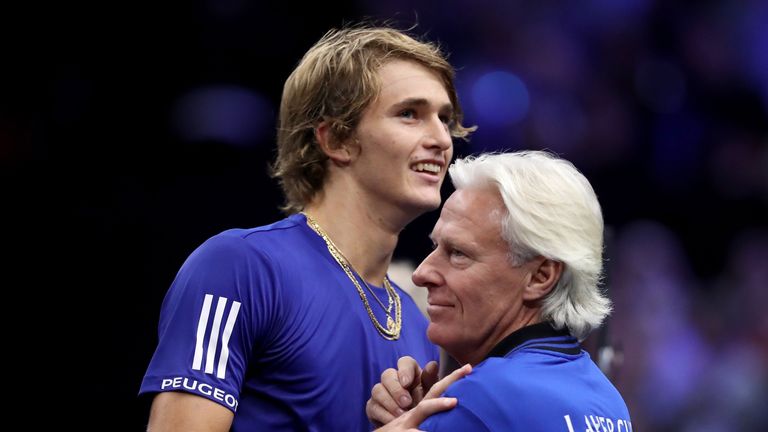 Zverev was playing against one of the biggest servers in the game and I though John was playing really good tennis. He got the break to win a couple if important points in the second set. It was a great match which could have gone either way.

In tonight's action, Team Europe's Novak Djokovic takes on Kevin Anderson (Team World) in a repeat of the Wimbledon final, which the Serb won in straight sets, and then David Goffin and Grigor Dimitrov team up for the men in blue against world No 2 doubles player Jack Sock and Kyrgios.