"We never played doubles together so this is what this competition is all about, bringing us all together" 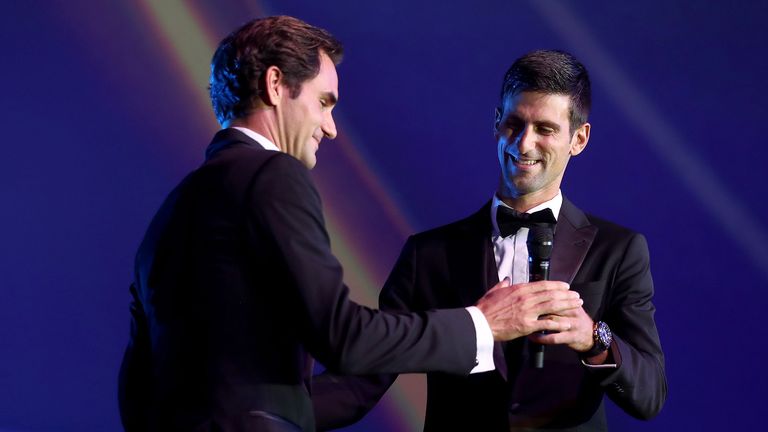 Novak Djokovic paid a glowing tribute to 20-time Grand Slam champion Roger Federer ahead of the second edition of the Laver Cup which starts on Friday in Chicago.

Djokovic, who has been in red-hot form winning both Wimbledon and US Open this summer, is excited about playing doubles with Federer at the United Center.

The Serb will be making his debut at the event and he introduced Federer on to the stage by saying: "I'm the player I am today because of him [Federer]."

He also spoke about the opportunity to team up with the 37-year-old Swiss great when they take world No 1 doubles player Jack Sock and Kevin Anderson.

"We're very excited for this unique experience," said Djokovic. "We never played doubles together so this is what this competition is all about, bringing us all together.

"We're going to have Anderson and Sock, who is one of the best doubles players in the world across the net so we're going to have a great challenge and hopefully good support from team members and we can have fun."

Federer added: "I'm thrilled. I'm excited. I've never played with Novak before. We've had so many great battles on the singles court so to finally team up together is going to be very special for both of us.

"I think we still have to talk over the little bit about who is going to take the lead and how do we play exactly."