Loved, respected and idolised. What Borg could do on a tennis court was more than precocious talent, it was pure genius... 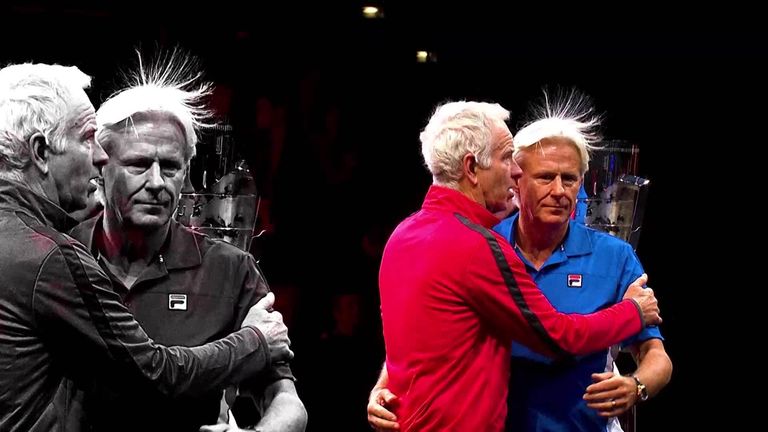 John McEnroe says Bjorn Borg was his "greatest rival" as the two team captain's prepare to collide ahead of the Laver Cup in Chicago.

The pair made wearing head sweatbands fashionable as their compelling rivalry came to a head in the summer of 1980 when Borg came out on top in a five-set epic at Wimbledon.

It was a shock when 11-time Grand Slam winner Borg called time on his career, aged 26, in early 1983, while the cantankerous 'Johnny Mac' went from strength to strength, winning seven major titles. But together they created a rivalry that changed the game.

Overall, Borg and McEnroe met 14 times with seven wins each. They were the untouchables of tennis.

"I know he made me a better player," said McEnroe. "Even if I had lost my number one spot, I would have preferred if he had carried on playing.

"He is my greatest rival that I've ever had."

Even 20-time Grand Slam champion Roger Federer has said if he went back in time to play one player, it would be Borg.

"He carried himself with utmost respect. He was a great champion and an unbelievably popular person," said the 37-year-old. "Borg was cool and stylish off the court so I guess he inspired me to some extent. I don't think anybody could be as cool as Bjorn was."

Watch the video at the top of the page to see the rivalry between Borg and McEnroe...