Watch live on Sky Sports Action or Mix from 6.30pm on Friday, with coverage continuing throughout the weekend 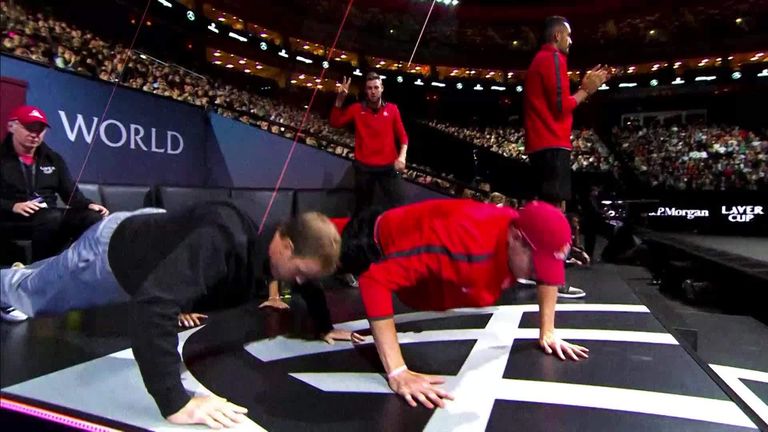 Get ready for some serious fireworks from some of the greatest players in tennis when two teams collide at this year's Laver Cup in Chicago.

John McEnroe's Team World may be the underdogs once again, but they will have home advantage against Bjorn Borg's group of talented players.

McEnroe believes the format of two sets and a tie-breaker will suit his side and says he hopes they can do some damage.

Expect the unexpected at the Laver Cup. There will be a lot on the line with the competition becoming even more special than a regular tournament.

Click on the video above to see the emotion and ecstasy of the Laver Cup...