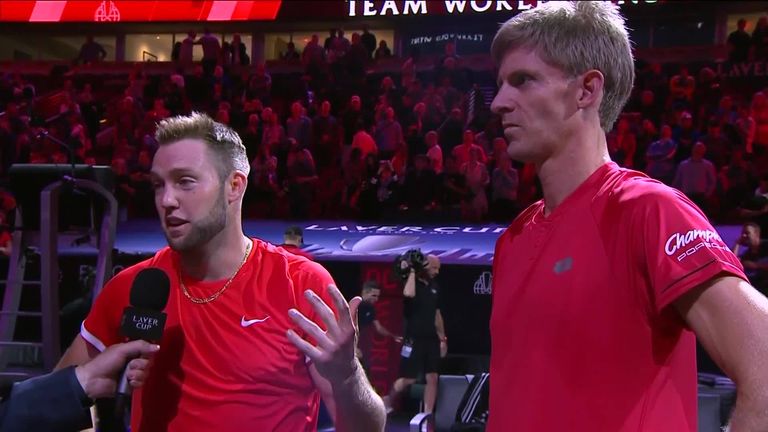 Roger Federer and Novak Djokovic were beaten in the Laver Cup doubles, but Team Europe still took a healthy 3-1 overnight lead in Chicago.

The No 2 men's doubles player, Jack Sock, teamed up with Kevin Anderson to defeat the pairing of Federer and Djokovic - who have 34 Grand Slam titles between them - 6-7 (5-7) 6-3 (10-6) to give Team World their first point of the tournament.

After match three saw Belgium's David Goffin add to Europe's advantage by beating Argentina's Diego Schwartzman 6-4 4-6 (11-9) in a thriller, the pressure was on the red side to deliver.

Edmund gets Team Europe off to flyer

Excitement had been building ever since it was announced the former world No 1's would pair up for Team Europe in the competition's second year - with the blue side hoping to take a clean sweep into the weekend after a trio of singles wins earlier in the day.

Federer and Djokovic took a while to settle into the four-man format, the latter - on the back of his singles US Open triumph and 14th major title - accidentally hitting his partner with the ball in the third game. 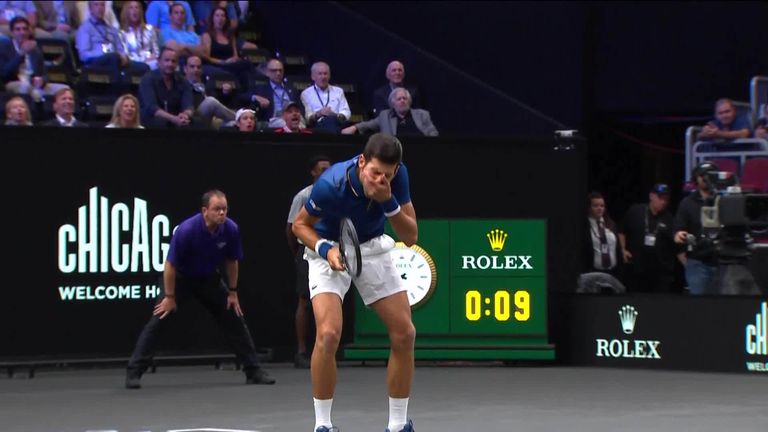 The Serb and Swiss both laughed off the incident to the amusement of the crowd and went on to clinch the first-set tie-break.

But their opponents soon found their rhythm, taking the second set, with Sock's experience as a three-time doubles major champion shining through on some impressive volleying and Anderson displaying a strong serve.

The foursome went toe to toe in the early stages of the deciding tie-break, but having seen their team-mates lose in two deciders earlier in the day, Sock and Anderson made sure not to waste their opportunity when Federer doubled-faulted at 4-4.

'I'm the player I am because of Fed' 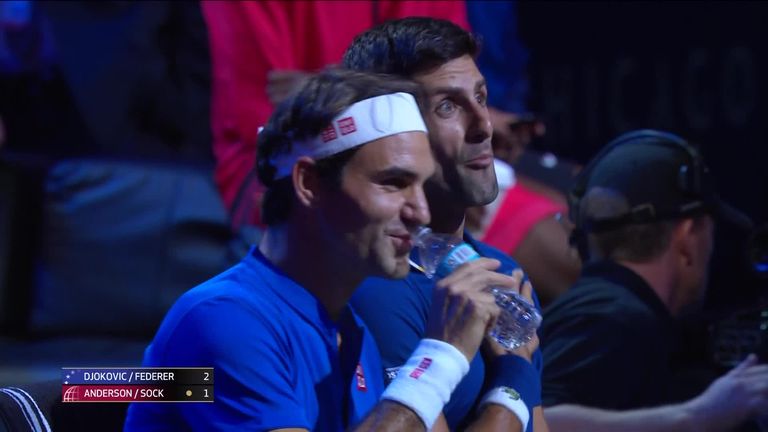 Team Europe now lead 3-1 with two points up for grabs on day two.