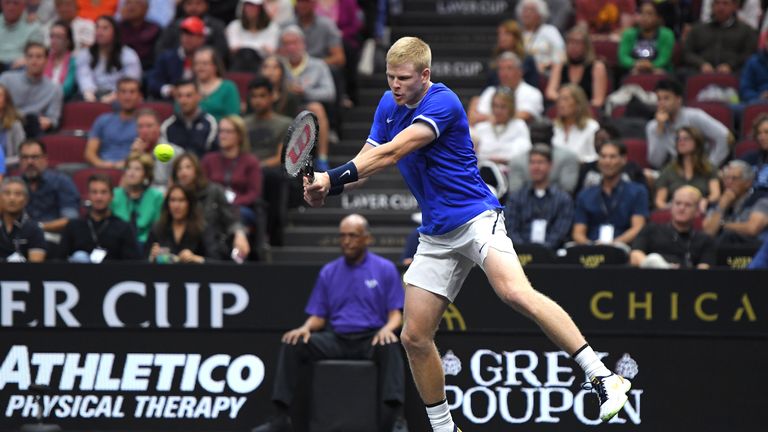 Britain's Kyle Edmund handed Team Europe a 2-0 lead over Team World after the opening session of the Laver Cup on Friday.

Edmund was making his debut in the competition, but the world No 16 showed no signs of nerves and relished the support coming from the European bench containing Roger Federer and Novak Djokovic as he sealed a 6-4 5-7 (10-6) win against Jack Sock.

The American came into the contest having won back to back Grand Slam doubles titles at Wimbledon and the US Open, but only had six singles wins to his name all year.

Edmund took advantage of Sock's lack of confidence by seizing his opportunity to break and take the first set. But the British No 1 failed to take his chances in the next as Sock rallied to level things up.

The contest went into a tie-break situation and it was Edmund who responded in stunning fashion as he stormed through it to claim a big win for Bjorn Borg's side. 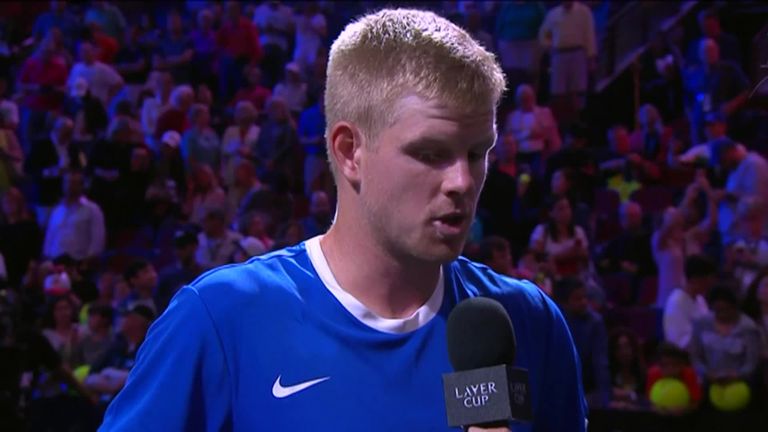 "You look around the locker room and there is world class quality everywhere, so for me at 23-year-old to be involved in something like this is amazing. The opportunity came and it was a very quick decision for me so I'm trying to enjoy it as much as possible," said Edmund.

"I felt I was controlling my game in the first set. The margins are very small, and the second set got away from me, so I just tried to be aggressive in the tie-break." It's been a wonderful start for us. Both Grigor and Kyle played amazing tennis and I think this court allows any type of player to shine - it can pay off. I know me and Novak need to be well prepared for tonight's doubles because Jack and Kevin (Anderson) can play extremely well. I feel that they're actually favourites for all three doubles matches. What a thrill it's going to be playing doubles with Novak. 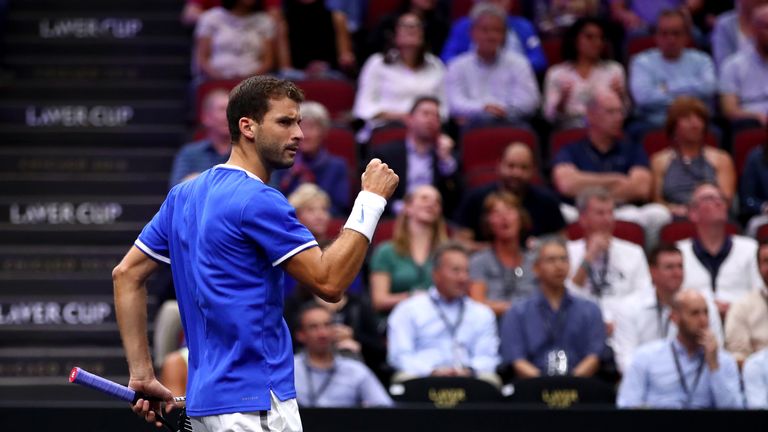 Grigor Dimitrov gave Team Europe a perfect start in the opening match of the day as the Bulgarian eased to a comfortable 6-1 6-4 victory against Frances Tiafoe in 66 minutes.

Dimitrov was the superior player, striking 10 aces on the slow hard court of the United Center, and winning 88 per cent of his first-serve points, converting all four of his break-point chances. 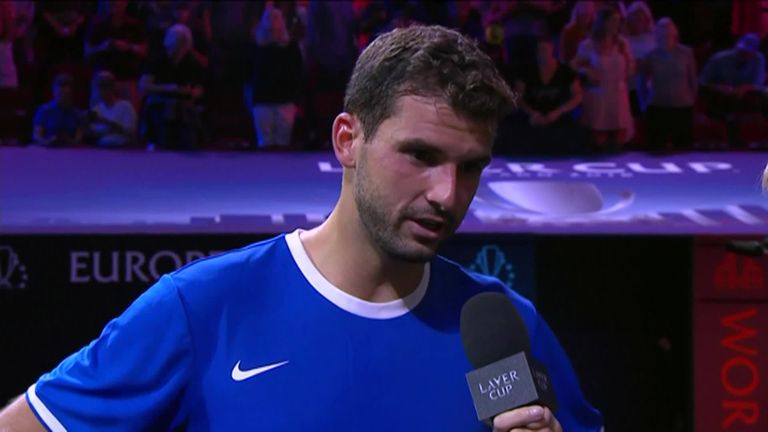 "Everything looks so spectacular, there's so much history behind this whole complex and we're playing for such an amazing trophy," said world No 7, Dimitrov. "The boys have been phenomenal, great support.

"Frances is a very tough opponent. We actually played about four or five weeks ago (at the Toronto Masters) so I knew what to expect. This is his home soil, so I had to be very composed and use every possibility that I had. I was moving well and I think I picked the right shot selections.

"I'm so used to seeing Federer, Djokovic and (Alexander) Zverev on the other side of the net so now it's 'are these guys actually cheering for me'? It's kind of a nice feeling." Grigor played really well. We knew it was going to be a tough match but he had a good day and played unbelievable. We're happy to have a lead. Today, we're aiming for 4-0, but I don't think it will happen.