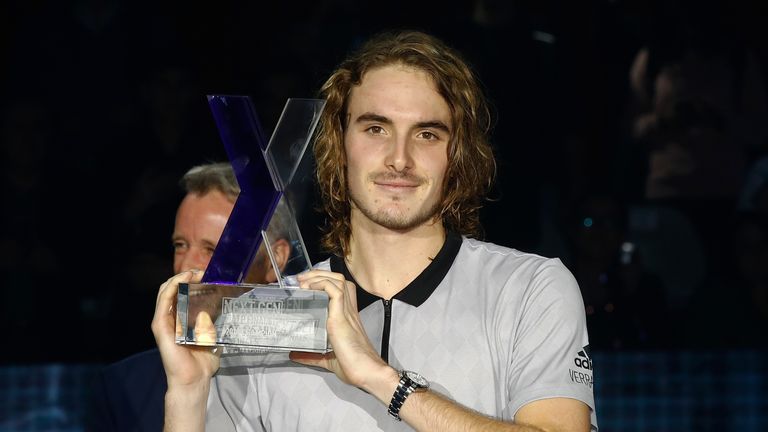 Stefanos Tsitsipas capped a stellar season by winning the second Next Gen ATP Finals with victory over Alex de Minaur in Milan.

The pair, neither of whom qualified for the inaugural U21 event last year, have been the most exciting breakthrough talents of 2018 and the final pitted one against the other.

"To be honest with you, I'm confused myself. I don't really know what I liked and what I didn't like," said Tsitsipas. "The games are very stressful. Obviously there's no advantage so you need to be twice more concentrated. But, I love those rules because I won."

In the absence of Alexander Zverev, who skipped the event for the second year after qualifying for the ATP Finals, Tsitsipas was the top seed.

De Minaur, ranked 31, saved two match points at 2-3 in the fourth set in the shortened format but his resistance ran out in the tie-break.

"The headset, I'm not a big fan of it, but you could see from the reaction yesterday," Tsitsipas smiled, after smashing his headset in Friday's semi-final. "No-let rule, we didn't have problems with it this week.

"Live Hawk-Eye was exciting, very, very good. No mistakes. Very accurate. Very responsive... just much better than the human eye. So I love the live Hawk-Eye.

"Hopefully it can be put in more events in the future and be the innovation of the game," added Tsitsipas, who finished runner-up to Rafael Nadal in Barcelona and Toronto.