"The crowd have been amazing and absolutely fair the whole match. Again I am sorry this happened. I didn't mean to upset anybody," says Zverev. 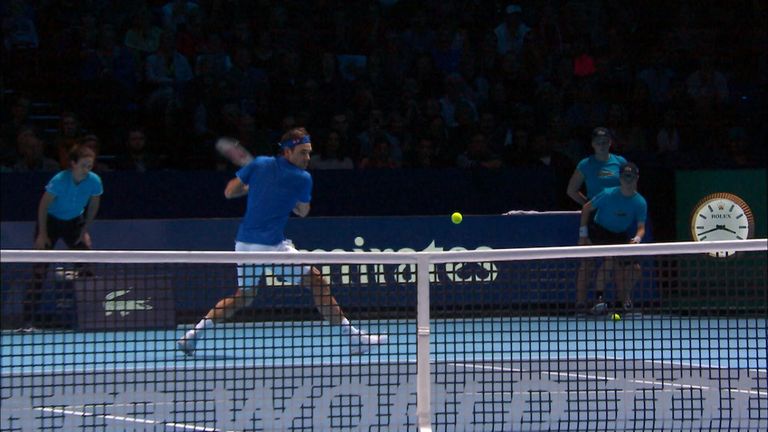 Alexander Zverev was met by boos from the O2 crowd after his victory against Roger Federer in their semi-final at the ATP Finals was marred by a moment of controversy.

The 21-year-old won an absorbing encounter 7-5 7-6 (9-7) but trailing 3-4 in the second set tiebreak stopped a point mid rally after spotting a ball boy had dropped a ball at the back of the court.

Umpire Carlos Bernardes had not spotted it but the point was replayed, which Zverev won with an ace before he closed out for a memorable victory to end Federer's hopes of a 100th title in London.

The win which sees Zverev reach the final for the first time was the third time he had beaten Federer but the crowd inside the O2 Arena voiced their unhappiness by booing the German in his post-match interview.

"I want to apologise for the situation in the tiebreak," Zverev told Sky Sports' Annabel Croft. "The ball boy dropped the ball. It is in the rules that we replay the point."

Croft intervened when the crowd noise continued and said: "I'm not sure why you're all booing. I think you have to be a little bit more respectful".

Zverev, who was visibly shaken by the reaction, continued before the boos eventually turned to applause: "I apologised to Roger at the net. He told me it was ok and it is obviously in the rules. I want to apologise to the crowd.

"There are a lot of Roger fans here and he deserves from what he has achieved to have the most fans. Especially here in London where he has such history.

"The crowd have been amazing and absolutely fair the whole match. Again I am sorry this happened. I didn't mean to upset anybody. That's all I can say."

Zverev, who will face either world No 1 Novak Djokovic or Kevin Anderson in Sunday's showpiece, is the first German player to reach the final since Boris Becker in 1996.

Sky Sports analysts Greg Rusedski and Peter Fleming had different views over whether it was right for Zverev to have called for the point to be replayed but were in agreement the German deserved his victory.

He was the better player in the first set as well as the second set.

"It was a little unfortunate because [Zverev] didn't deserve it whatsoever because the fact is the rules are the rules," Rusedski said.

"If a ball kid drops a ball and [the player] sees it he tells the chair umpire, then they have to replay the point. Obviously there are a lot of Federer fans out here but let the guy enjoy his moment.

"He was the better player in the first set as well as the second set." 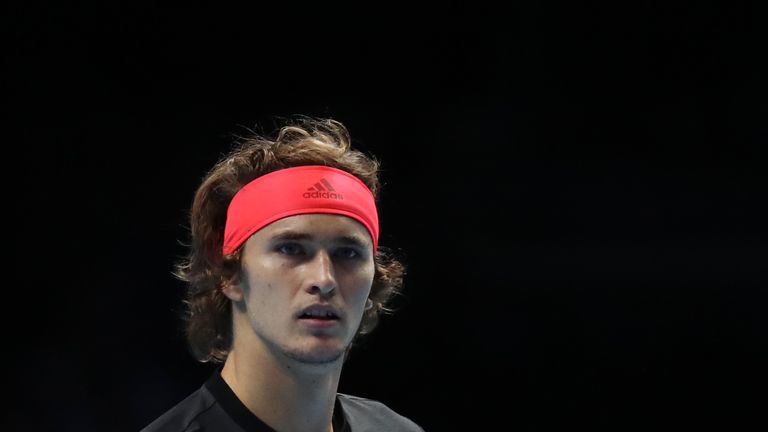 Fleming added: "I am not sure that is in the rules. I think that while it is a natural reaction, you see a ball come out and the ball boy chases after it, that Carlos Bernardes could have said 'it's the umpire's responsibility to call the let.

"Of course he was looking the other way so he didn't see it."

Watch the video at the top of the page for the incident in full and analysis from Greg Rusedski and Peter Fleming...