Dan Evans and Kyle Edmund were both knocked out of the Rogers Cup with Andy Murray and Feliciano Lopez also tasting defeat on Wednesday.

In the singles draw Edmund and Evans suffered contrasting losses whilst in the doubles, Murray and Lopez had their five-match unbeaten run erased.

The losses mean that there's no British representation left in the singles draw. Joe Salisbury and Edmund are the two remaining Brits in the doubles alongside their partners Rajeev Ram and Taylor Fritz.

Edmund was marched off the court in just 59 minutes whilst Evans pushed Nadal hard and may well rue missed chances.

The much-loved pair of Murray and Lopez started strongly but Jeremy Chardy and Fabrice Martin, finalists at the French Open this year, held their nerve in the decider to prevail 2-6 6-3 10-8.

On Centre Court Evans, who has climbed 140 places in the ATP rankings this year, broke Nadal in the first game on and overcame the disruption of two short rain breaks to take the first set to a tie-break.

The Brit then created a 5-2 cushion in the tie-break before Nadal pounced, raising his level and winning six of the last seven points, to take the set.

With a 2-0 lead in the second the rain arrived again and caused a delay of around two hours before the players returned and Nadal found a way to see it out 6-4 and secure the match 7-6 (8-6) 6-4.

The two-hour encounter was Nadal's first since his semi-final loss at the Wimbledon Championships and afterwards he reflected on both Evans, and the challenges of bouncing back after Wimbledon.

"Daniel is a player that combines an aggressive game with good hands," said Nadal after clashing with the Brit for the first time in his career.

"He's able to read the game very well, so he knows how to play tennis in terms of tactics." 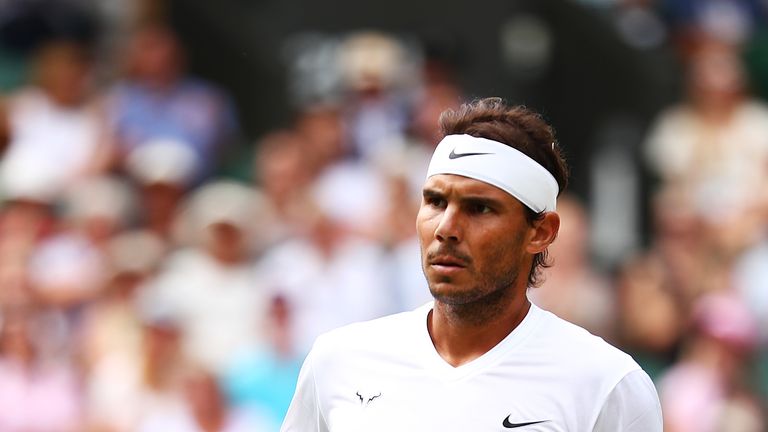 Always is tough, first match on hard court after such a long time. After Wimbledon the mind always goes down a little bit because I have been playing a long clay-court season, then grass, so you didn't relax. Then when you finish Wimbledon, it's like your body loses a little bit of that tension, so it needs little bit of time to recover.

Nadal will now face Guido Pella in the Round of 16 as he looks to march on and try and defend a hard-court title for the first time in his career.

Elsewhere, Edmund felt the wrath of the eighth seed Medvedev as the Russian maintained the form that saw him reach the final in Washington last week.

Medvedev won 88 per cent of points on his first serve and saved all three of the break points against him during the 6-3 6-0 victory.

He'll now encounter Cristian Garin in the next round after Garin ousted John Isner in straight sets 6-3 6-4.

The much anticipated, all-Canadian clash between Félix Auger-Aliassime and Milos Raonic ended on a sad note as the latter was forced to retire due to back pain.

Poised at 3-6 6-3, Raonic saw both the doctor and trainer during the second set before declaring that he was unable to continue.

"I felt generally sore in my back before the match started, but it wasn't something I was too concerned about. It started going down my leg pretty early into one of my service games," Raonic said post-match. 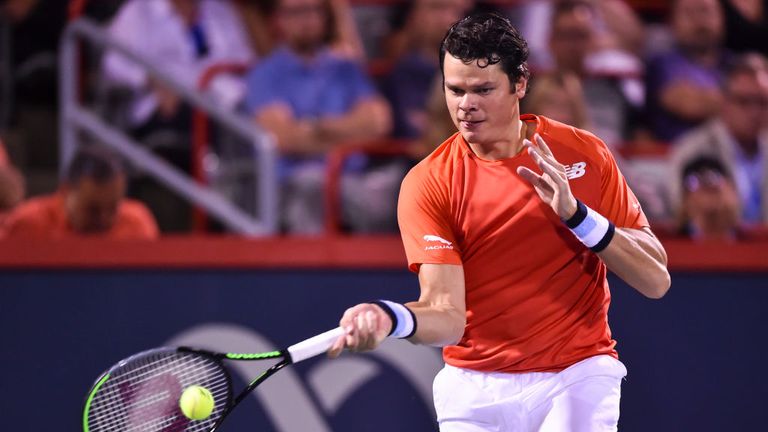 The last 30 minutes of that match, just because of the situation we're playing in, being prime time night match here in Montreal, were probably the least enjoyable 30 minutes I've spent on a tennis court.

Karen Khachanov is the man who Auger-Aliassime will face on Thursday, which also happens to be the teenager's 19th birthday, after Khachanov prevailed over Stan Wawrinka 6-4 6-7 (7-3) 6-2.

The upset of the day arrived when last year's finalist Stefanos Tsitsipas was beaten by Hubert Hurkacz 6-4 3-6 6-3.

Hurkacz managed to save nine of the 10 break points against him as he continues to efficiently go about his business.

Thiem hadn't previously won a match at the Rogers Cup but arrived in Canada off the back of winning the title at his home tournament in Kitzbuhel.

The Austrian captalised on a couple of costly errors from the Canadian and managed to ignore the fact the crowd were firmly in his opponent's corner.

Thiem will now meet the 14th seed Marin Cilic and the pair will open the order of play on Centre Court on Thursday.

Khachanov and Auger-Aliassime will be second on Centre Court before Nadal returns to take on Pella. Monfils' clash with Hurkacz will round-up Thursday on the main show court.

Elsewhere Alexander Zverev will be second on Banque National against the 13th seed Nikoloz Basilashvili.

Basilashvili is enjoying a career-best season and the duo have a spot of recent history, having met just two weeks ago in Hamburg.

In that semi-final match, the Georgian saved two match points against him before going on to secure the victory so both players will be fired up for this next clash.

In the double's draw, Edmund will look to dust himself off alongside Taylor Fritz and the pair will meet Rohan Bopanna and Denis Shapovalov.

Salisbury and Ram, who beat Jamie Murray and Neil Skupski in the opening round, are facing-off against the fifth seeds Jean-Julien Rojer and Horia Tecau.