Roger Federer hopeful of playing at Olympics in Tokyo

Roger Federer says he hopes to compete at Tokyo 2020 where he is dreaming of winning his first individual Olympic gold medal.

Federer missed the Rio Olympics because of a knee injury, but now the 38-year-old is already making plans for next year.

The Swiss, who won Olympic gold with Stan Wawrinka in men's doubles, has made plans up until Wimbledon and is currently weighing up the option of whether or not to play in Tokyo. 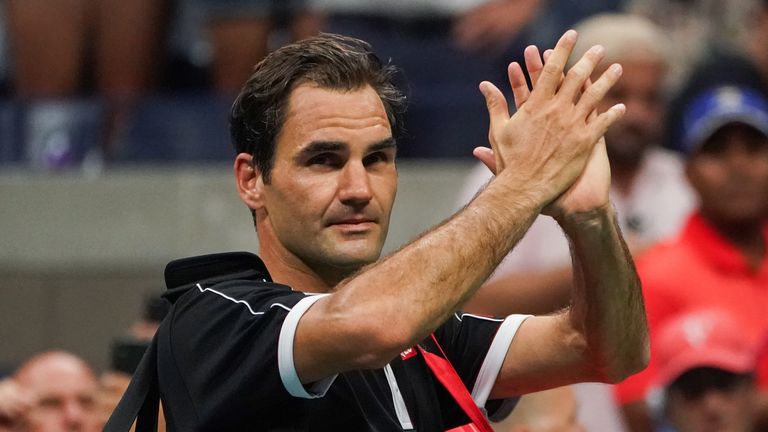 To be part of it again would be great, especially after missing the last edition in Rio because of a knee injury.

"I'm very excited about the prospect of maybe playing the Olympic Games, but I'm not quite sure yet," admitted Federer.

"My planning goes until Wimbledon next year which is a couple of weeks before the Olympics, so I guess I'm going to be deciding on the Olympic Games in the next few weeks, hopefully the next month or so.

"It's been such a special event for me over the years. Me and my wife in 2000 carrying the flag in Athens and Beijing for the Swiss Olympic delegation which was a huge dream for me come true.

"Winning doubles gold with Stan Wawrinka in Beijing then getting the silver in London, at Wimbledon. So for me, maybe to be part of it again would be great, especially after missing the last edition in Rio because of a knee injury, but I'll just have to see how my family is doing, how my body is doing, and then if everything is green and I really feel it's the right thing to do, I'll play it, otherwise I'll skip it but it would definitely be a nice challenge, I admit."

Federer is currently in Geneva ahead of the third edition of the Laver Cup, in which Europe goes up against the rest of the world.