Tennis legend Rod Laver is backing 20-time Grand Slam champion Roger Federer to be competing at the highest level "beyond the age of 40".

Federer, 38, has had a successful year to date with three ATP titles to his name, including a Masters 1000 in Miami, and another Wimbledon final, albeit squandering two match points during his epic five-set defeat to Novak Djokovic.

The Swiss great has planned his schedule up until Wimbledon next year, although he has yet to make a decision about whether or not he will compete at the Tokyo Olympics.

But Laver, who won 11 major singles titles during his career, believes Federer can continue playing and winning trophies for many years to come. 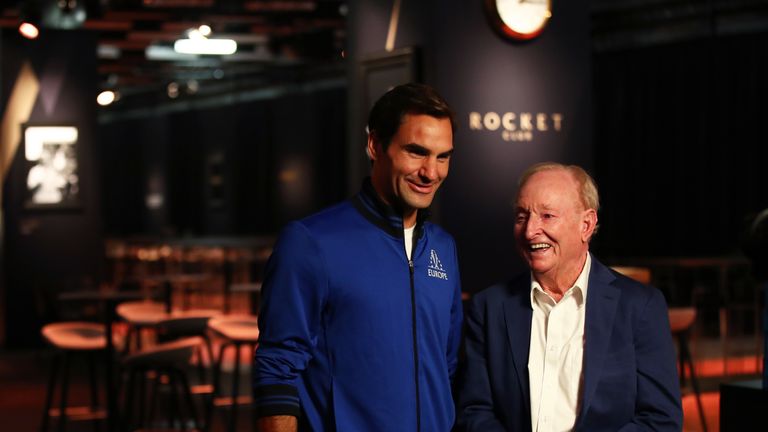 I feel like he can make them until he's 40. He may go beyond that.

"He feels he can play on for a few years," Laver said. "In fact, one time, two or three years ago he said he thought he could play until he's 40.

"At the moment he's 38. And playing as well as pretty much - you saw the Wimbledon final, where they played for four-and-a-half hours against Djokovic, and he had match points. I feel like he can make them until he's 40. He may go beyond that."

Federer will play alongside his great rival Rafael Nadal for Team Europe at the Laver Cup in Geneva this weekend as they go up against the Rest of the World.