Andy Murray has backed Great Britain to get out of their group when they travel to Madrid for the revamped Davis Cup.

Murray has been back at his Surrey home following the birth of his third child last month, which came less than a week after his 2019 season ended in glorious style in Antwerp with a first title since his career-saving hip surgery.

He is next in action for Leon Smith's team next week where they are favourites to progress through the group stage of the revamped tournament having been drawn against Kazakhstan and the Netherlands.

He said: "In terms of the group stages, I think we've got a good chance in the group.

"I think we can get out of the group. It's not a gimme for us, there's so many good combinations in terms of the Kazakh singles and Dutch doubles so we'll need to play well to get through it."

That win in Antwerp capped off a successful four-week stint back on the ATP Tour - which gave great promise for a return to the top of the men's game.

Other than an endless cycle of changing nappies and feeding following the arrival of his son Teddy, Murray did not do any training and as a result put on the best part of a stone in weight.

Chocolate biscuits, it turns out, are his vice, as well as sweets and cakes from family celebrations, and it left Murray heavier than he ever has been before. 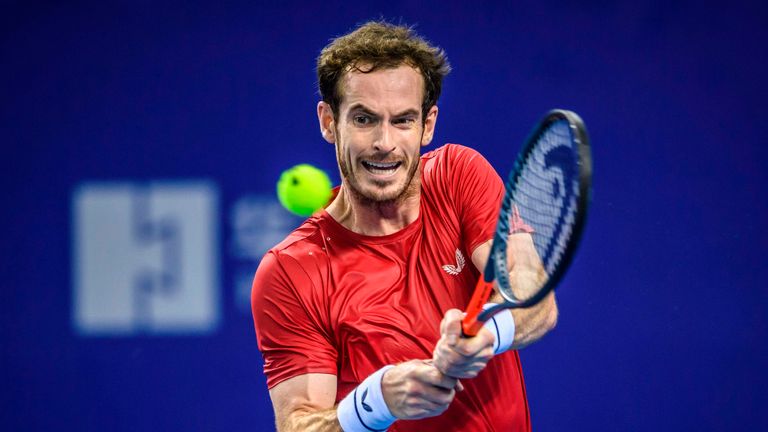 I'd be on my own downstairs with chocolate biscuits and stuff.

Murray has had a glimpse into a possible life after tennis

"I didn't do anything for 12 days, literally nothing," Murray, who has launched the AMC clothing range with sportswear brand Castore, said.

"I got up to my heaviest weight in my career probably. My elbow was pretty sore afterwards so I needed to take a break because of that.

"The baby came five or six days after we got back from Antwerp.

"It was evenings were the issue. When the newborn has been going to bed at seven sleeping for a three-hour period my wife would sleep upstairs and get a period of good sleep in before the baby would wake up.

"I'd be on my own downstairs with chocolate biscuits and stuff. There was Halloween and second daughter's birthday party, then also my sister-in-law had a birthday so there was lots of cake and junk and no training is not a good combination. I was 88.5 kilos and I'm usually 84."

Check our news, reports and reaction at the ATP Finals in London by following us on skysports.com/tennis, our app for mobile devices or our Twitter account @skysportstennis.