"I predicted that I was not going to be playing anymore at 38, 39 but here I am"

Roger Federer admits he would not have imagined to still be playing at the age of 38 but sees "no reason to stop" playing so long as he feels good.

Federer was knocked out the season-ending ATP Finals by eventual winner Stefanos Tsitsipas, bringing an end to his season.

He will still feel he has had a successful season, winning four ATP titles to move six away from Jimmy Connors' all-time record of 109.

But the 20-time Grand Slam champion was unable to add to his major haul when he failed to take two championship points during his epic Wimbledon final defeat to Novak Djokovic in the summer. 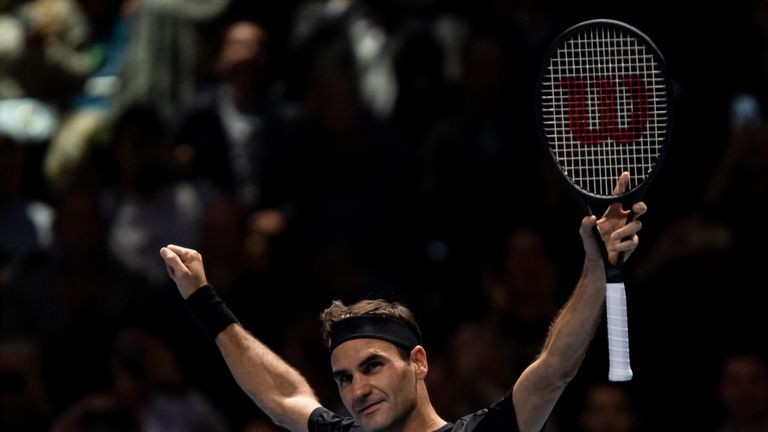 I don't know how it's going to end.

Asked whether he is considering retiring, Federer said: "I don't know the answer, to be honest. As long as I am feeling good right now and I am really enjoying my life on the road, and enjoy playing against Sasha [Zverev] and the other players on the tour, I see no reason to stop.

"Of course, with age, everything gets a bit more difficult. But, at the same time, with experience also you can savour the moments more. So, I don't know how it's going to end. It's is going to be somewhat emotional I guess, and nice. I don't know. I just hope it is going to be good - the whole process - and not too difficult."

Federer is currently touring South America with Zverev where they will play exhibition matches in Argentina, Chile, Colombia, Mexico and Ecuador.

"When I said long time, back in 2004 when I became world number one for the very first time, I hoped to still be playing around 35, 36 [years-old] but now I am going into a different dimension," he said. "I didn't know if I was still going to be playing. I predicted that I was not going to be playing anymore at 38, 39 but here I am. I am really happy that I feel the way I am. I have had two great years physically."