The 21-year-old Greek may look like a philosopher but he is poetry in shorts when it comes to the tennis court, making him the man to watch next year.

He walked away with three titles this year, including the prestigious ATP Finals at London's O2 last month. That title has helped catapult him into the upper echelons of the game and is now seen as the player who can finally break the stranglehold of Rafael Nadal, Novak Djokovic and Roger Federer.

Statistics suggest times are changing in the game with 15 first-time winners on the ATP tour which is the most since '99 (16). 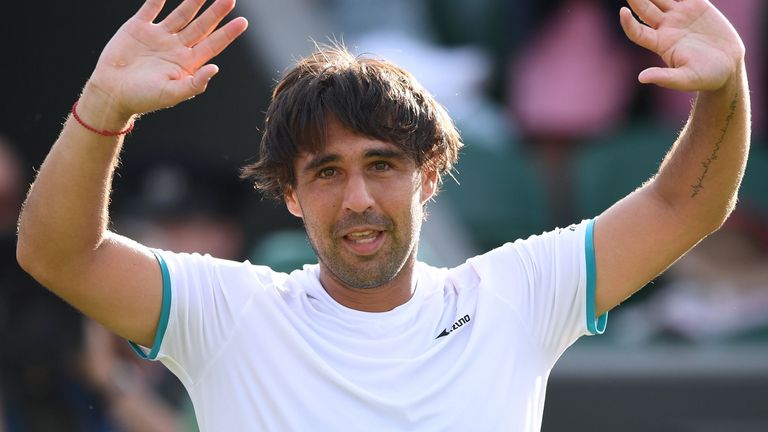 Stef reminds me a little bit of Roger when he was younger.

"He's a great kid. It's unbelievable the way he has handled things so well this year and I see him as the future of the game," said Baghdatis, who officially retired at Wimbledon in the summer. "He's got everything. It's just the decisions he takes in the next few years. He needs a bit of luck that's for sure.

"The only thing that can hamper him is if he gets an injury, but he's been lucky so far.

"He's won London so nobody can tell him anything and once the new season starts I'm sure he will get off social media and prepare well. I think he has dealt with it perfectly, but I also think that he can sometimes over analyse situations too much at times. The most important thing in life is to ask questions, to be the best at what you are and that is what he is doing. I think he is doing it well.

"Stef reminds me a little bit of Roger when he was younger. What has helped him is that all the top guys are going through the same things as he is, the same problems, life challenges, and that has made him relax a bit and bring back his confidence."

If anyone can, Stef can

The big question for Baghdatis is whether or not he thinks Tsitsipas can break the stranglehold of the 'Big Three' and win a Grand Slam.

In fact, since Wawrinka won the US Open in 2016, there hasn't been a single winner of a major outside of Nadal, Djokovic or Federer. Will that change in 2020? I think one day it will happen and he will win more than one major.

"I think Stef can," explained Baghdatis. "It will be a surprise to me but I think he is ready. It's not that I don't see him winning one. If he doesn't win one, I don't want him to put pressure on himself. A Grand Slam will come when he is ready.

On a different level?

Great Britain ATP Cup captain Tim Henman believes the top three players are still very much in a league of their own with too many questions surrounding the next generation of players coming through. 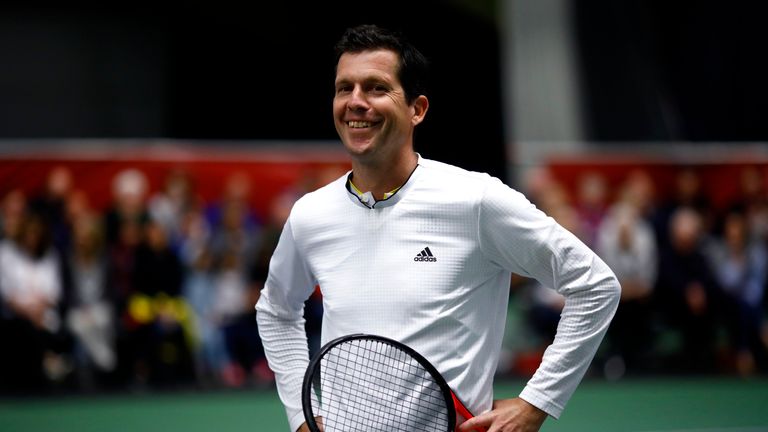 Those top three, in my opinion, are the clear favourites for all of the Slams next year.

"I think that if you look at the men's game you're still looking at the top three and then the rest. Federer, Nadal and Djokovic are at a different level," said Henman.

"You've got this younger generation that are knocking on the door and Tsitsipas has obviously made a big stride winning the ATP Finals, Alexander Zverev has been close before while Dominic Thiem has played very well this year.

"Can Denis Shapovalov or Felix Auger Aliassime progress? Can Nick Kyrgios get his head straight? Can Andy Murray get back into the mix?

"That is the reality. Those top three, in my opinion, are the clear favourites for all of the Slams next year."

Watch out for the Russians

Greg Rusedski is also a big fan of Tsitsipas saying that he has "something special" in his locker, but warns of an increasing threat coming from Russia with a number of youngsters hoping to make their mark in 2020. "I think you have to put the top three as favourites but I think that Tsitsipas' statement at the O2 was impressive. He had a match where he had already qualified and he pushed Nadal all the way to the distance and that's reminiscent of great champions," said the former US Open finalist.

"They don't really care whether they're 2-0 in the group and have already qualified for the semis, they expend everything in every match and for every point. I think that he's something special and I think that he's got a shot, possibly, if anybody is going to win a Grand Slam outside of those big three - I like him.

"Another guy who we haven't talked a lot about is Karen Khachanov. He had a silent year but he's got some firepower on him and some game. If he gets the mentality right, watch out for those Russians, Khachanov and (Andrey) Rublev as well."

Is Medvedev the man?

Former Wimbledon champion Goran Ivanisevic expects 23-year-old Daniil Medvedev, who claimed Masters 1000 titles in Cincinnati and Shanghai this year, to move up a level and win one of the four Grand Slam titles in 2020. 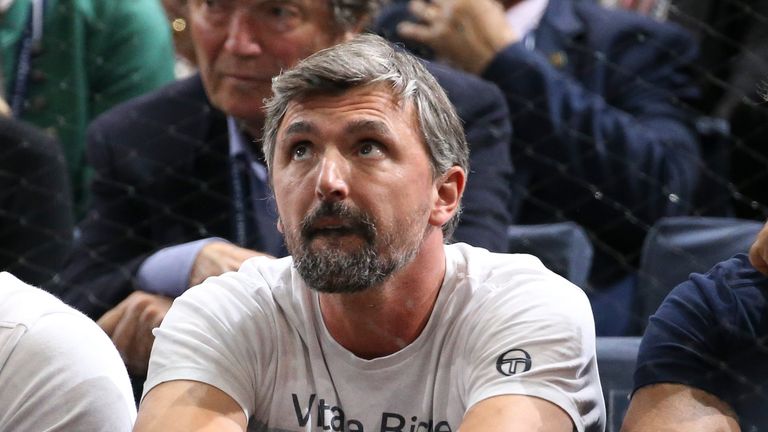 He's dangerous, he's is ready and next year will be a big year.

"He's the closest out of these youngsters to win a Grand Slam," said Ivanisevic. "I like Tsitsipas the most, he's my favourite player but I think that Medvedev proved this year that he's dangerous. He's dangerous, he's is ready and next year will be a big year."