Serbia completed a clean sweep of Canada to set up an ATP Cup semi-final clash with Russia.

Shapovalov edged ahead in the first set as the world No 2 double-faulted at deuce at 4-4 and the Canadian took advantage.

But Djokovic came back stronger in the second and blew apart his opponent in the third-set tiebreak as he raced to a 5-0 lead and converted on his fourth match point.

This sealed the unassailable 2-0 lead after Serbia's No 2 Dusan Lajovic got his side off to a quick start, seeing off Felix Auger-Aliassime 6-4 6-2 in under two hours. 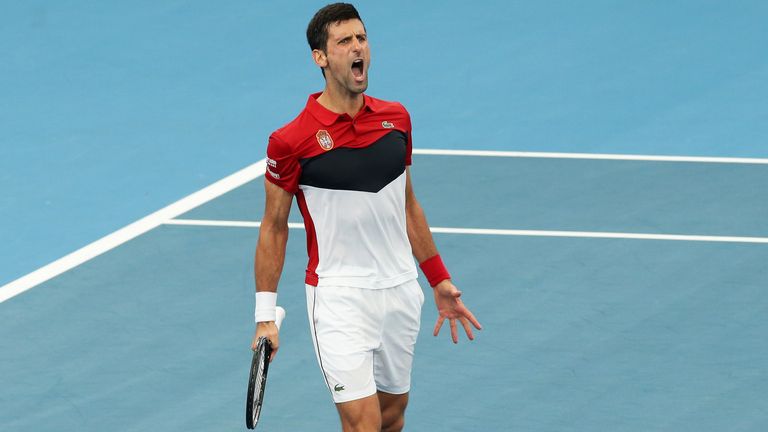 Brisbane we had amazing support , but this has taken it to a different level. All the Serbian people came out today. They were engaged sometimes a little bit too much, and Denis was rightfully annoyed at times, you know, with the sounds, but it was a Davis Cup-like atmosphere, really. I mean, ATP Cup brings this kind of opportunity for players to experience something they don't experience in 90 per cent of the tournaments.

Novak Djokovic on the special atmosphere of the ATP Cup

In the dead-rubber doubles match, Nikola Cacic and Viktor Troicki completed a 6-3 6-2 win over Peter Polansky and Adil Shamasdin in under an hour.