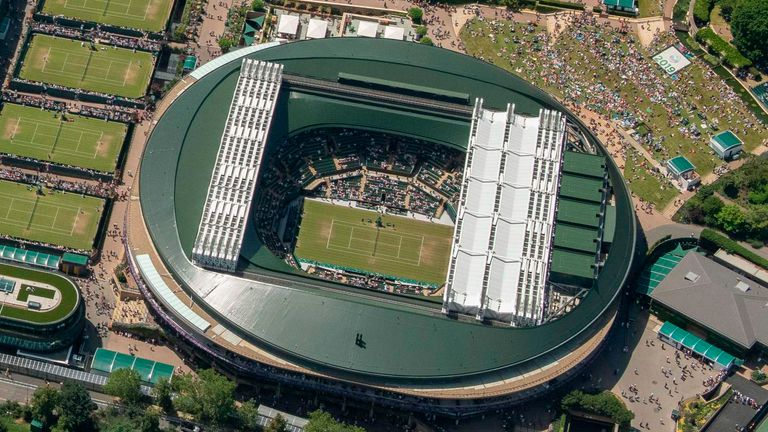 This year's Wimbledon Championships will be cancelled, according to the German Tennis Federation, with the All England Lawn Tennis Club (AELTC) meeting on Wednesday to make a final decision.

The AELTC are to hold an emergency board meeting, having last week confirmed postponement and cancellation were being considered amid the coronavirus pandemic.

The Championships are due to take place from June 29 to July 12, but Dirk Hordorff, vice-president of the German Tennis Federation, told Sky Sports Germany its fate has already been decided.

He said: "I am also involved in the bodies of the ATP and WTA. The necessary decisions have already been made there and Wimbledon will decide to cancel on Wednesday. There is no doubt about it.

"This is necessary in the current situation. It is completely unrealistic to imagine that, with the travel restrictions that we currently have, an international tennis tournament where hundreds of thousands of people from all over the world would travel [can happen]. That is unthinkable."

The possibility of a postponement remains, but the message appeared to be paving the way for cancellation of the 2020 championships.

According to the Press Association, while everyone at the AELTC appreciates how difficult it would be to stage one of the world's biggest sporting events at the end of June, there is a final decision still to be made.

"When you look at it, Wimbledon have said they're not going to play behind closed doors, so that is out of the equation.

"Then comes the question: There are three months. The time it takes to get Wimbledon ready, it's kind of a six-week time frame. No one's allowed on site, so that becomes problematic.

"Then you've got the factor of the players. If the players are flying in from Africa, Asia, America and South America, I just don't see it possible the Championships can begin at the beginning of July."

The conditions required to play on grass mean a postponement is impractical, and tennis fans are braced for a year without Wimbledon for the first time since 1945.

pecific insurance to cover for a disease pandemic such as the coronavirus means Wimbledon is in a good situation financially, and the Lawn Tennis Association would also still receive the usual surplus that makes up a large amount of its funding.

Wimbledon has been consulting widely within tennis after the French Tennis Federation provoked anger with its unilateral decision to move the French Open from May/June to September/October.