Evans: "It is great what the ATP did with the relief fund but there is nothing better than the prize money of the Grand Slams for the players to be receiving"

British No 1 Dan Evans says Novak Djokovic and Rafael Nadal have a duty to take part in the US Open in order to help lower-ranked players survive the coronavirus crisis financially.

The hard-court Grand Slam is due to begin in New York on August 31, but world No 1 Djokovic and defending champion Nadal have expressed doubts over playing in it.

Djokovic said that the protocols put in place, including only being allowed one person with him on site, are "extreme" while Nadal currently has no inclination to travel for tournaments.

With tennis being suspended since early March and Wimbledon already being wiped off the calendar, Evans believes compromises should be taken in order to get playing again and allow players to earn prize money. 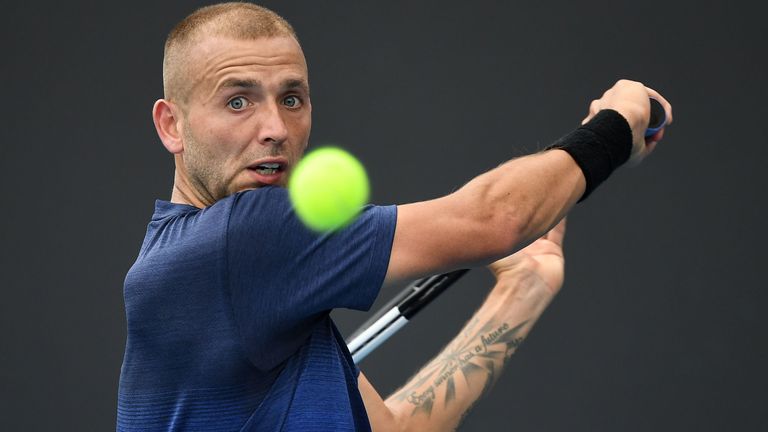 There are obviously people who have just got into the top 100 and haven't earned for two or three months now.

"If the US Open didn't go ahead that would be another Grand Slam they are missing, Wimbledon has gone," Evans told BBC Radio Five Live.

"This is a point where the players should really come together and Novak and Rafa should be looking to help those lower-ranked players so they get a good pay day really.

"It is not all about money, there is health involved here but if it is safe enough, having just a coach is not good enough reason not to be going to a tournament in my opinion.

"There are obviously people who have just got into the top 100 and haven't earned for two or three months now.

"It is great what the ATP did with the relief fund but there is nothing better than the prize money of the Grand Slams for the players to be receiving."

Only the top players in the game have a big entourage with them on the Tour, with Djokovic complaining that he needs a coach, hitting partner, physiotherapist and fitness guru with him.

"I don't think having one person of your team only allowed is such a big deal," Evans said.

"The majority of the draw would only travel with one coach, not everyone is travelling with a fitness coach and trainer like Novak said. His argument there is not really valid for the rest of the draw apart from the real top guys.

"There has to be a bit of give and take from the players, there are rumours that the US Open really need this to go ahead and I think as tennis players we should give something back and get out there and play.

"There are also physical trainers at the tournament, so it is not like they will not be able to get treatment, but it would be from the ATP Tour physios.

"They are going to try and keep us in a bubble, staying at the airport hotels, there will be a lot of testing, it will be as safe as humanly possible with all the testing.

"The difficulty would be having to pull out due to testing positive to the virus and then it is very unfortunate. Hopefully, it doesn't come to that and the tournament goes ahead successfully."