Rafael Nadal explains why he won't defend US Open title

Rafael Nadal said "the circumstances forced me to take the decision" after he opted not to defend his US Open title.

The Spaniard, who has won four US Open Grand Slams in 2010, 2013, 2017 and 2019, opted against travelling to New York later this month where he would have been bidding to equal Roger Federer's men's record for major titles. 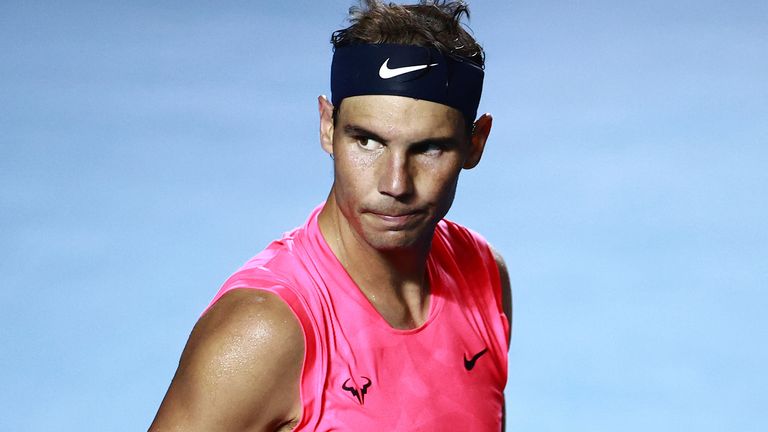 "Everybody knows how much do I love playing in New York. The energy that court brings to me it is just difficult to describe, but the circumstances today, speaking with my family and with my team, with the people that I love around me, forced me to take that decision and my personal feeling at the same time," Nadal told reporters during a video conference from Spain.

"I am the defending champion there but my personal feeling and my heart are telling me to not have those long trips without knowing what could or not happen, so my decision is to stay here, stay at home in Mallorca where the situation it looks good, looks under control here. And wait for future opportunities."

"Of course, it will be a tournament under special circumstances but still a Grand Slam, and the winner will feel it, like a Grand Slam winner." I respect and understand that there are lot of players that are in different situations than me and need to play. They need to make some money because they are facing financial problems.

US Open organisers, United States Tennis Association (USTA) are creating a bio-secure 'bubble' in New York to hold the tournament without spectators.

Nadal feels there could be more withdrawals in the coming weeks but hopes the situation will evolve favourably for the tournament to be held.

The Spaniard said he was not the one to judge if the decision to hold the Grand Slam amid COVID-19 was correct.

"I know my words can have repercussions. It's difficult to say if it's the right or not right decision," said the world No 2. "I personally respect the positive intention and the amount of work USTA and ATP are doing to bring back our Tour.

"I respect and understand that there are lot of players that are in different situations than me and need to play. They need to make some money because they are facing financial problems."

Following the US Open, Rome is the only event currently listed on the ATP calendar before the French Open in Paris, where Nadal is a 12-time champion.

"I don't know my schedule, honestly" he said. "I don't know what's going on after the cancellation of the tournament in Madrid.

"But I will be ready, I will be preparing myself for the tournaments, for the clay in Europe. Then, when the moment arrives, I got to take my personal decision depending on the situation."

US Open singles winners will receive $850,000 less prize money this year, with first-round prize money increasing. The $53.4m total prize pool is down from last year's $57m pot, the richest in the tournament's history.

Additionally, USTA is donating another $6.6m in monetary relief for players who have seen their earnings decline after the global viral outbreak upended the professional calendar.