WTA announces "immediate suspension of all tournaments in China" amid concern for Chinese tennis player Peng Shuai; IOC says it held a second video call with Peng on Wednesday; China says it "opposes the politicisation of sports"

China says it is "firmly opposed to acts that politicise sports" after the Women's Tennis Association suspended all tournaments in the country amid concern for Chinese player Peng Shuai.

The whereabouts of Peng, a former doubles world No 1, became a matter of international concern almost a month ago when she disappeared after alleging former China vice-premier Zhang Gaoli had sexually assaulted her.

Her social media post on Chinese site Weibo detailing the allegation was deleted.

The International Olympic Committee says it held a video call with Peng on Wednesday and will meet with her in person in January.

The IOC president Thomas Bach previously spoke to Peng during a half-hour video conference call on November 21. However, the WTA said at the time the video was "insufficient evidence" of her safety.

An IOC statement on Thursday added: "There are different ways to achieve her well-being and safety. We have taken a very human and person-centred approach to her situation.

"Since she is a three-time Olympian, the IOC is addressing these concerns directly with Chinese sports organisations.

"We are using "quiet diplomacy" which, given the circumstances and based on the experience of governments and other organisations, is indicated to be the most promising way to proceed effectively in such humanitarian matters." 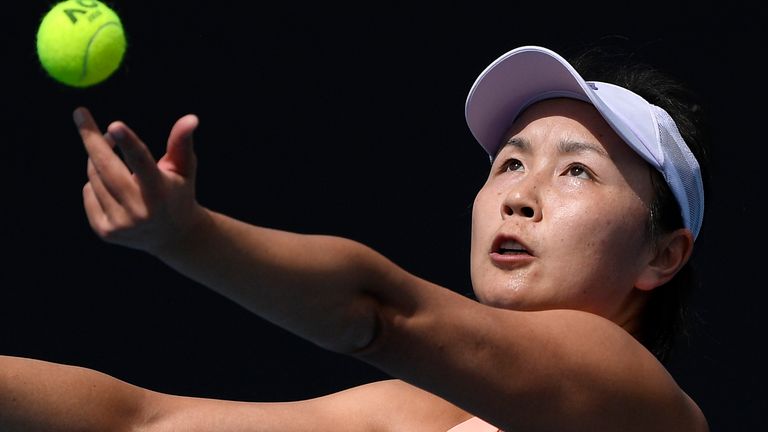 WTA chairman and CEO Steve Simon said he held "serious doubts" that Peng "is free, safe and not subject to censorship, coercion and intimidation".

"Unfortunately, the leadership in China has not addressed this very serious issue in any credible way," said Simon in a statement distributed by the tour.

"While we now know where Peng is, I have serious doubts that she is free, safe and not subject to censorship, coercion and intimidation."

When asked about the matter at a regular briefing, Chinese Foreign Ministry spokesperson Wang Wenbin said: "We have made clear our position. We are always firmly opposed to acts that politicise sports."

"The WTA has been clear on what is needed here, and we repeat our call for a full and transparent investigation - without censorship - into Peng Shuai's sexual assault accusation." 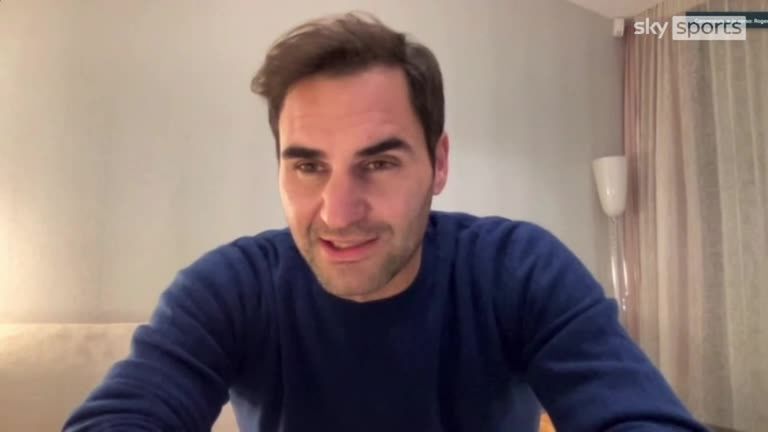 Photographs and videos published by Chinese state media journalists and by tournament organisers show that prior to the video call with the IOC, Peng appeared at a dinner with friends and at a children's tennis tournament in Beijing around 10 days ago.

China was due to be the site of several tennis tournaments next year, including the prestigious season-ending WTA Finals.

"In good conscience, I don't see how I can ask our athletes to compete there when Peng Shuai is not allowed to communicate freely and has seemingly been pressured to contradict her allegation of sexual assault," Simon said.

In a lengthy statement, Simon added he was "greatly concerned" about the risks players and staff could face if events were held in China in 2022.

"If powerful people can suppress the voices of women and sweep allegations of sexual assault under the rug, then the basis on which the WTA was founded - equality for women - would suffer an immense setback," he said.

"I will not and cannot let that happen to the WTA and its players."

Simon added: "I remain hopeful that our pleas will be heard and the Chinese authorities will take steps to legitimately address this issue."

In an interview with NBC News, Simon said he did not believe the two emails the organisation has received so far from Peng regarding her wellbeing and safety were authentic.

"My opinion is that they were orchestrated," he said.

"The response to those concerns has so far fallen short," he said. "We again urge for a line of open direct communication between the player and the WTA in order to establish a clearer picture of her situation.

"We know that sport can have a positive influence on society and generally believe that having a global presence gives us the best chance of creating opportunity and making an impact.

"We will continue to consult with our members and monitor any developments as this issue evolves."

WTA is coercing Peng Shuai to support the West’s attack on Chinese system. They are depriving Peng Shuai’s freedom of expression, demanding that her description of her current situation must meet their expectation. https://t.co/9vqVex3kuP

The editor of China's Global Times newspaper accused the WTA of "coercing" Shuai to "support the West's attack" on China by suspending tournaments in the country.

Hu Xijin has been outspoken on the scandal involving Peng and her accusation of sexual assault, even as Beijing has been largely silent and authorities have blocked discussions of the topic on China's internet.

"WTA is coercing Peng Shuai to support the West's attack on the Chinese system. They are depriving Peng Shuai's freedom of expression, demanding that her description of her current situation must meet their expectation," Hu said on his official Twitter account in a post which cited the WTA's announcement.

The Global Times is published by the ruling Communist Party's People's Daily.

Hu, a prominent state media journalist, has used Twitter to actively comment on the scandal, and was among the first to publish images and videos of her appearances, serving as de facto messenger to the world outside.

He has said that these appearances by Peng should have been enough to relieve or eliminate most concerns for the player, but that people were "aiming to attack China's system and boycott the Beijing Winter Olympics".