Emma Raducanu is searching for her fifth coach in 16 months after her relationship with Dmitry Tursunov came to an end; the former US Open champion is now understood to be working alongside Andy Murray's physical trainer Jez Green

The British No 1 enjoyed a promising spell alongside Tursunov, winning eight of her 15 matches which included a run to the semi-finals of the Korea Open in Seoul last month.

It is understood she wished to continue with Tursunov, but the Russian has decided to leave to work with another player.

Raducanu, whose US Open title defence came to an end with a first-round defeat in August, has suffered a number of injury problems in her first year on the WTA Tour.

Her grass-court campaign was wrecked by a side strain, while she is currently recovering from a wrist injury.

However, Raducanu is hopeful of being fit for Great Britain at the Billie Jean King Cup Finals in Glasgow next month.

To that end, Raducanu, who turns 20 next month, is set to prioritise working with Murray's former fitness coach Green in the coming months after continuing to suffer injury setbacks.

She retired midway through her last-four clash with Jelena Ostapenko at the Korea Open with a glute injury and subsequently pulled out of last week's Transylvania Open with a wrist problem meaning she looks set to drop to around world No 75 when the rankings are next updated.

Green is currently working with Dominic Thiem but will be able to spend part of his time advising Raducanu in the coming weeks as she steps up her preparations ahead of the new season.

Green, 50, gained notoriety on the tennis circuit through his collaboration with Murray, with the Scot going on to become a three-time Grand Slam champion and world No 1 ahead of rivals Novak Djokovic, Rafael Nadal and Roger Federer.

The physical trainer has also worked with the likes of Alexander Zverev and last year's Wimbledon finalist Karolina Pliskova. 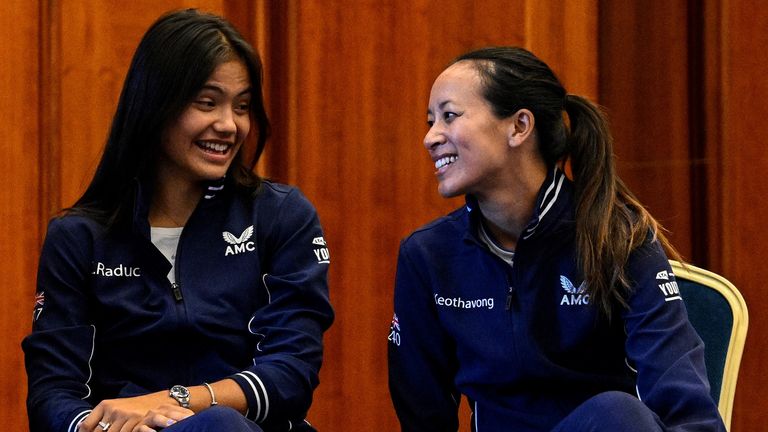 It was Andrew Richardson who helped Raducanu to US Open glory after their fairy-tale win together in 2021 before Jeremy Bates stepped in for Indian Wells last year.

Prior to the US Open, she worked with Murray's father-in-law, Nigel Sears.

Raducanu then hired German Torben Beltz, who helped Angelique Kerber reach world No 1 - shortly after her final WTA Tour event of 2021 at the Linz Open in November, but they split after just five months.

She then turned to Tursunov ahead of her 2022 US Open defence, but now the British No 1 is searching for her fifth coach in less than two years after the Russian opted not to extend their trial period into a long-term deal.