Former tennis legend Henri Leconte has concerns over Roland Garros but he has backed the French Tennis Federation's decision to allow spectators to attend the Grand Slam.

The French Open starts on September 27 until October 11 after being moved from its usual late May-June slot due to the coronavirus pandemic.

The FFT (French Tennis Federation) is planning to allow 5,000 spectators per day after previously stating the claycourt event would permit a maximum of 11,500 fans per day.

Despite a recent spike in COVID-19 cases in the country, Leconte has backed the decision for the Grand Slam to go ahead under strict protocol. 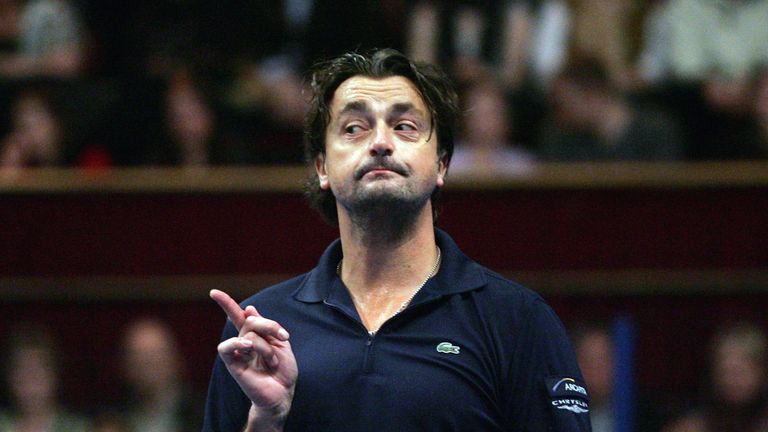 "I really think the French Open establishment are working so hard to make the tournament happen. Of course it's much better with crowds coming. I know the regulation and all the organisation to make that happen costs a lot of money too because they have to make sure that everything is secure and I know the French Federation and French authority will do their best to make everybody a great situation," said Leconte, the 1988 runner-up at Roland Garros.

"For me, I think it's so much better for people to come and watch tennis. It's less people, but still some people are coming. If they have to make the decision to shut down like it was at the US Open with nobody, they will do it. Everything has to be secure."

Leconte also shared his concerns about the spread of coronavirus in France, which has seen a rise in cases in the last couple of weeks.

The autumnal conditions are expected to play their part during the tournament which will see Philippe-Chatrier court's retractable roof in use for the first time.

Leconte said: "We've been lucky for a few years that now the weather in September and October has been fantastic but of course October will be different, the clay will be different and then also we have the roof. We have no idea how the clay court will play after a few matches indoors because the shape of the clay court will change. It will be quicker or slower, I don't know. That will be a completely different situation.

"On the other hand this year at the French Open we will have lights on all courts so we're going to be able to finish very late because it's going to get dark at 7.30 or 8 o'clock our time in France so that will be a completely new situation and it's great also."

Leconte added it was a brave decision by the FFT to move the Grand Slam from its May slot to September/October time saying "it's important for people to live their lives again".