"He is the favourite because he's won it 12 times"

Nadal has made the red dirt of Roland Garros his own, but for once his scant preparation could work against him heading into the rescheduled tournament.

This year the 'King of Clay' heads to Paris after playing only three matches in the last six months because of the COVID-19 pandemic that prompted his decision to sit out the US Open over concerns about the virus.

Former world No 5 Leconte says the Spaniard, who has lost just two of his 93 matches at Roland Garros during which time has amassed 12 titles, remains the man to beat on his favourite surface. 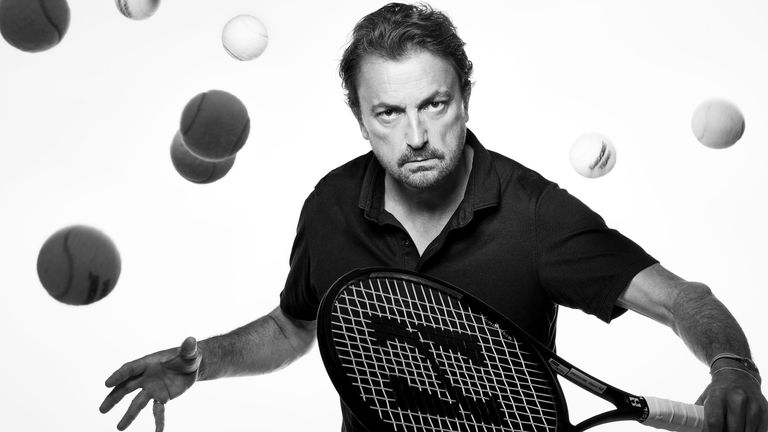 Anything could happen. We've seen what happened at the US Open..

He said: "For now Rafael Nadal is still the favourite for me because it's a clay court, but will he be at his best because he hasn't played that much? He hasn't played a lot of tournaments, which is what he needs before playing the French Open, we'll see.

"Of course it's five sets so now if he's still in good shape and plays well and capable to play seven times over five sets and still win the French Open, I don't know. Nobody knows. He is the favourite because he's won it 12 times.

"Anything could happen. We've seen what happened at the US Open. It could be Dominic Thiem, it could be another player, it could be (Diego) Schwartzman, who played so well last week (in Rome) but it's over five sets on clay."

Leconte, the last Frenchman to contest a Roland Garros final in 1988, also spoke about the threat Djokovic will pose to Nadal. He believes the Serb is perfectly poised to launch a challenge for his second French Open title and an 18th major honour.

Djokovic was disqualified from the US Open earlier this month after accidentally hitting a line judge in the throat with the ball but he bounced back in style by winning his fifth Italian Open title on Monday.

"What happened at the US Open was very unfortunate, but the rules are the rules for everyone," said Leconte.

"But what Novak Djokovic did after that by winning in Rome is very impressive. It means that he really worked on his mental part of the game and he's capable of raising his game to win a tournament right after what happened. He's a champion for sure."

Dominic Thiem became the first new member of the Grand Slam winners' club for six years at the US Open and the Austrian, runner-up to Nadal in 2018 and 2019 in Paris, will be fuelled with confidence after his triumph.

Likewise, Germany's Alexander Zverev, whose big moment appeared to have arrived when he served for the title against Thiem in the fifth set at Flushing Meadows, but glory slipped through his fingers.

"Thiem has the possibility of playing well on clay. He did prove it last year because he lost in five sets in the final to Rafa," said Leconte.

"The only thing is I hope he will recover after winning the US Open because he played quite a lot of matches and it was tough coming back from two sets down and a break against Sascha Zverev in the final.

"Zverev is more mature, he has more experience now but clay is not his best surface. We'll see. And then we might have an outsider but the new generation is knocking on the door. They're not afraid of playing Novak, Rafa and Roger. It's a big opportunity for them."