French Open 2020: Talking points from a fortnight of tennis in Paris

We look at the some of the key talking points after a fortnight of tennis at Roland Garros for the 2020 French Open...

First, let's start with one of the best performances that has been produced in a Grand Slam final from the King of Clay.

Nadal's record going into this year's championship decider spoke for itself: 101 matches played at Roland Garros and just two losses. However, few could have predicted the manner in which he would gain his 102nd victory and 13th title.

The fact that he was able to break the world No 1 Novak Djokovic in the opening game, and then leave him unable to hold his serve until the first game of the second set, is incredible.

What's more, a shaky first serve aside, Djokovic didn't play badly in the final, but Nadal was on a different planet; a red planet! 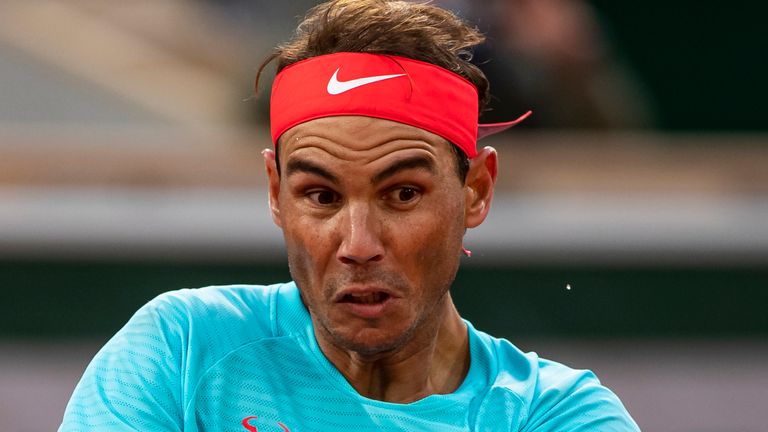 Doubts are part of life. I always say the same. For me, doubts are good because it means that you don't consider yourself too good. Of course, this year has been a tough year for everyone. My preparation was not perfect. I was in doubt before the match, yes.

Of course, Court Philippe-Chatrier is the 13-time champion's home and a place which holds so many great memories, but few discuss the pressure that comes with being Nadal at the French Open.

He always arrives as the red-hot favourite, every player raises their game to face him and this year there were other factors to contend with, including a quarter-final loss in Rome, the new Wilson balls and the colder and heavier conditions.

The fact that he reached the final without dropping a set and then stunned the world No 1 from start to finish, shows just what an exceptional tennis player and athlete he is.

He produced just six unforced errors in the opening two sets of the final and created 18 break point opportunities in total, all against a player who no one has been able to beat on a tennis court this year (US Open default excluded).

Nadal's physical prowess coupled with his mental strength to produce that stunning final performance makes it one that will be remembered for years to come, and not just because it brought him level with Roger Federer on 20 Grand Slam titles.

The rise of Iga Swiatek

From the men's draw, let's move to the women's draw and discuss the rise of Iga Swiatek.

In the same manner as Nadal, she didn't lose a set en route to lifting the trophy and dropped just 28 games in total.

It is only two years since she won the junior title at Wimbledon and Swiatek combined her singles campaign in Paris with a run to the doubles semi-finals with partner Nicole Melichar.

Not only did Swiatek's game, and the way in which she dealt with so many different types of opponents, impress, but her psychological approach made headlines too.

Swiatek: My goal is to be consistent

The teenager's main goal is to become "consistent" after becoming Poland's first singles Grand Slam champion with a sensational run at the French Open.

The fact that, at 19-years-old, she has seen the importance of travelling with a sports psychologist - Daria Abramowicz - says a lot about her maturity levels.

The manner in which she handled Sofia Kenin's medical time out in the second set of the final, choosing to do shadow-shots and serves on court without a care in the world, screamed professionalism. 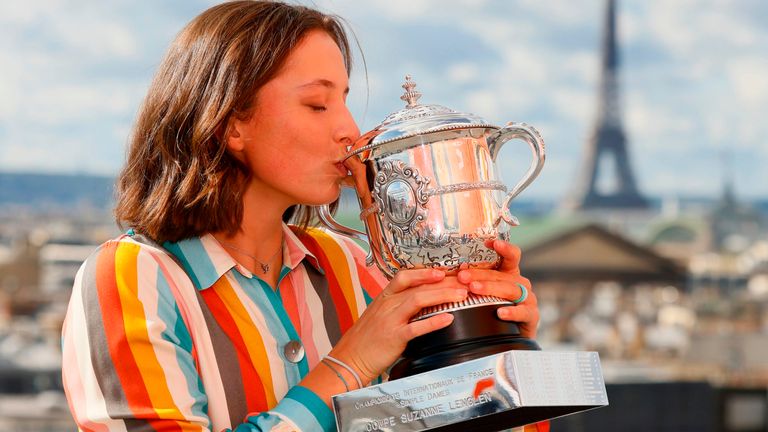 Now I'm going to focus on that consistency. I want to believe in myself for the whole time and for every tournament. We're going to work on that because I know that it's weird that you can win a Grand Slam and lose in the first round in Rome or Western and Southern. So I really want to be consistent.

The great thing about Swiatek is that she already knows what's coming in terms of the spotlight on her, and that winning after winning is a huge challenge.

With the team this 19-year-old has around her, the game she has and her grasp of sports psychology, the signs are positive for this precocious young tennis player.

When the draws took place, the largest gasp was reserved for the first-round match between Britain's Andy Murray and Stan Wawrinka.

It was a match which would bring Murray's injury issues around full circle, with the pair having last met at Roland Garros three years ago when his hip problems first seriously flared up.

A 6-1 6-3 6-2 loss, one that Murray described as "the worst defeat maybe of my career in a Grand Slam" was unexpected, to say the least.

The Scot got under 40 per cent of his first serves in and was surprisingly subdued against his rival. After, he vowed to take a close look at the performance to try and find out why it happened.

Murray has said he wants to play as much tennis as possible in 2020 and the hope for his fans is that the Wawrinka match was a one-off, a function of a long time away from clay and a bad day at the office. Only time will tell if that was the case...

After a 6-2 6-2 final loss to Dylan Alcott, Britain's Andy Lapthorne took the brave decision to announce to everyone that he was going to take a break from tennis due to mental health reasons.

"(It's) probably going to be my last match for a while. I'm going to take a break from tennis for a bit, try to get my mind fixed," Lapthorne said.

"I've been probably struggling now for nearly a year with things in the mind. Probably been a bit in denial as to what it actually is, what it was. Just try to tell myself to man up and go on with it. (I'm at) a point now where it's becoming too difficult to do that."

Lapthorne continued on and said that he found it difficult to get out of bed for the final and put himself in the position of a high-pressure, live game against the very best.

Professional athletes are often seen as 'machines' who have the ability to carry huge levels of pressure on their shoulders without blinking.

The fact that Lapthorne has openly said that he needs to step away and put himself first is brave, and the support he has already received from the tennis world after his announcement shows that people are always there to offer assistance.

The 2020 French Open was the year of the drop shot, which was used to great effect in both the women's and men's draw.

From Danielle Collins and Ons Jabeur to Djokovic and Stefanos Tsitsipas, it became a key tactic and weapon in players' armouries.

Throughout the fortnight, the drop shot became a cause of great frustration. It annoyed those who couldn't get it back and irked others who couldn't find their touch or used it too much and were punished.

If you're a fan of the drop spot, then savour the past two weeks because it's unlikely to be so prominent at the next edition of the French Open.

What has Serena Williams' Achilles done for her quest for Grand Slam title No 24?

With the women's game becoming more and more congested, and more players emerging, is time running out? Or will she return in Australia and stun the draw?

It was great to see the likes of Sky Scholar Daniel Altmaier progressing into the fourth round and other younger players including Jannik Sinner, Sebastian Korda and Clara Tauson making names for themselves.

Finally, as the world continues to tackle all aspects of COVID-19, the fact that a third Grand Slam was able to take place in 2020 is quite something and a testament to a lot of hard work behind the scenes.