The world No 1 brilliantly dispatched Federer 6-3 6-4 to capture the ATP World Tour Finals championship for a fourth consecutive time on Sunday, but Croft believes she saw cracks in the Federer's focus.

Federer had defeated Djokovic on Tuesday in the group stages but, in the final at the O2 Arena, was unable to breach his opponent's famed defence and never broke his serve. 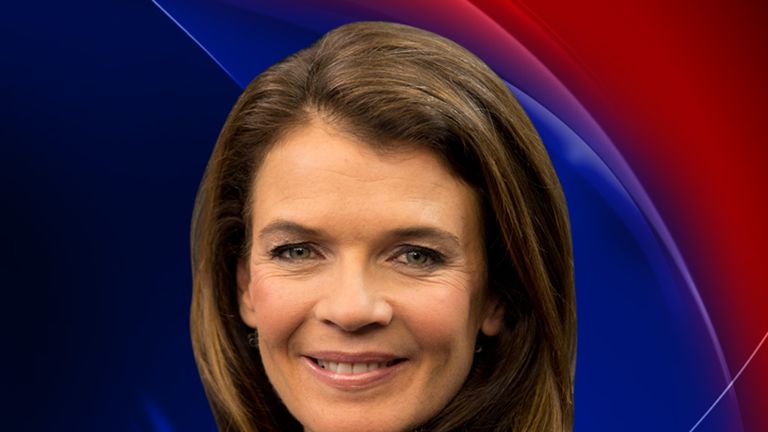 You sensed tension and nerves on the bigger points and I think that's why Novak has won the bigger titles against him in their previous match-ups.

Sky Sports expert Croft said: "I felt there was an acceptance. It was such a different match to the one that he won on Tuesday.

"Sitting down at court-side you could sense the tension running through [Federer's] body. Every time he got a little sniff of an opportunity to get himself back in the match - I never felt like he played with complete and utter freedom.

"You sensed tension and nerves on the bigger points and I think that's why Novak has won the bigger titles against him in their previous match-ups. The two Wimbledon titles and the US Open, those are the bigger events, and he could sense that pressure that had been built up."

Djokovic sealed breaks in the final game of both sets and Croft thinks that his greater determination eventually wilted Federer towards the end.

She believes that a change in Djokovic's body language in the final moments underlined why he is the world's top player.

Croft said: "There was so much tension mounting in the absolute final game, and after Roger lost the first point on serve, in the second point you could see a change come over Novak.

"He'd been hitting the ball so cleanly - there's a certain sound and pop that comes out of the strings. Suddenly, a wall of steel came down - he was coming up the back of the ball more, giving it a brushing action. He wasn't hitting as hard with depth, but it was 'I'm battening down the hatches so you will have to out-manoeuvre and outlast me'.

"That was it. It was ruthless steel. You could sense that was where the steel of character comes from for Novak."