Chris Benjamin has played only four first-class matches in English domestic cricket but smashed a match-winning, unbeaten 24 off 15 balls as Birmingham Phoenix chased down 145 to beat London Spirit in their opening match of The Hundred on Friday night

Three weeks ago, Chris Benjamin didn't have a county contract, let alone a place in the Birmingham Phoenix squad for The Hundred. On Friday night, he was winning them their opening game against London Spirit.

Benjamin smashed an unbeaten 24 off 15 balls as the Phoenix chased down their target of 145 with three balls to spare, and his reverse-ramp for six off Blake Cullen - one of two maximums he hit in three balls - will live long in the memory.

Speaking to Sky Sports after his match-winning efforts, Benjamin said: "I was a bit amazed I got the call up. It has been a bit of a whirlwind last couple of weeks. 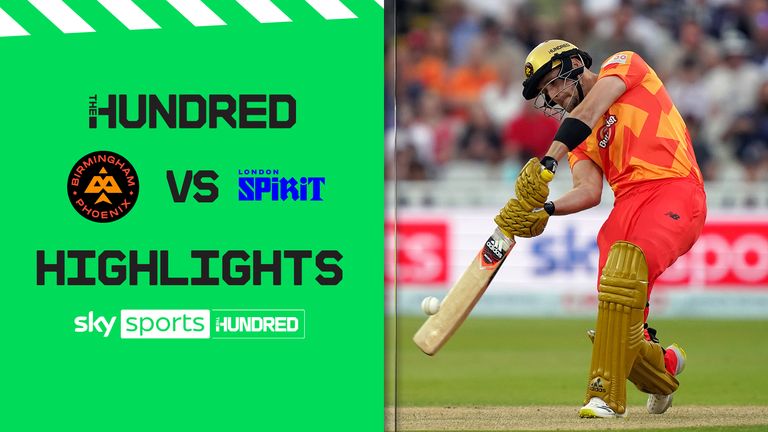 Watch the best of the action from Birmingham Phoenix vs London Spirit at Edgbaston.

"But I was excited to get going with this incredible group of guys and then to then get a chance to play in the first game and get the team over the line, it's just incredible."

Pressed by former England batsman Kevin Pietersen - who himself was partial to a bit of invention with the bat - to describe his reverse-ramped six, Benjamin said: "I've played it a couple of times so far this year. 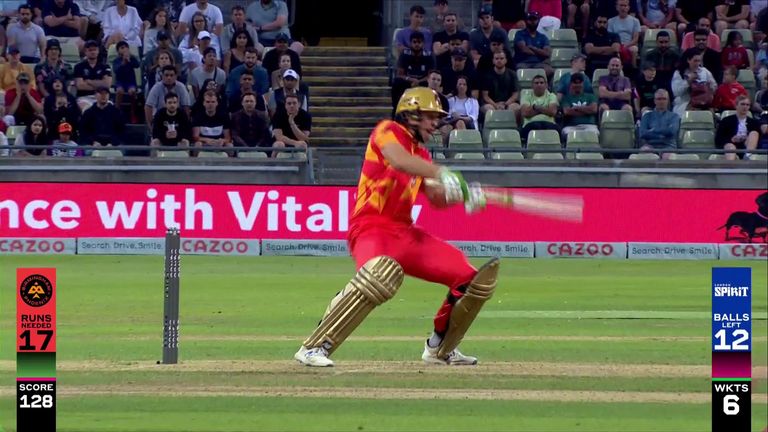 "We had a trial game on Wednesday and my first ball versus Marchant de Lange was probably the fastest ball I've ever faced, so I thought 'what am I going to do here?'

"I thought 'let me use the pace', it went for six and so under pressure, needing a boundary, I went for it and it paid off."

💬"It has been a bit of a whirlwind last couple of weeks. To get the team over the line was incredible."💬

Here's the man of the moment himself Chris Benjamin... #TheHundred 💯#BirminghamPhoenix 🟠 | #LondonSpirit 🔵

Pietersen was hugely impressed by the way Benjamin - at just 22 years old and with only four first-class games under his belt in English domestic cricket - performed under pressure.

"It's not that he just scored those runs, it's how you score them, the impact you make and the way you play," KP said.

"For him to go out there, so audacious, and just reverse-ramp six! I said on air, 'what is that?' I never did that!

💬"I love innovation, but I also love confidence and youngsters putting their name out there."💬@KP24 is thrilled for Chris Benjamin after that match-winning knock. #TheHundred 💯#BirminghamPhoenix 🟠 | #LondonSpirit 🔵

"These young players are playing these funky shots now that they've seen from the likes of AB de Villiers.

"I love innovation, but I also love confidence and youngsters putting their name out there saying, 'hey, I want this spot!' Benjamin has done that."

Sky Sports' Nasser Hussain was also full of praise for Benjamin, but also the decision-makers in the Phoenix who took a punt on the Warwickshire rookie.

"Whoever said, 'Adam Hose is injured, we need to pick this Benjamin kid', and then played him off the back of that, and they win the game because of him, that takes a lot of bottle. He didn't even have a contract with a county three weeks ago!

"It was a pretty good effort from that young man, I tell you.

"All of that will stand him in good stead; he won't do that every time, he will make mistakes along the way, but to play at this famous old ground and produce an innings like that, extremely well done."

Watch continued coverage of The Hundred live on Sky Sports this summer!