Northern Superchargers beat rivals Manchester Originals in The Hundred once again, securing six-wicket win at Emirates Old Trafford on Friday night; Jos Buttler scores half-century in defeat for Originals, who see their total of 161 from 100 balls topped by Superchargers in 94 balls 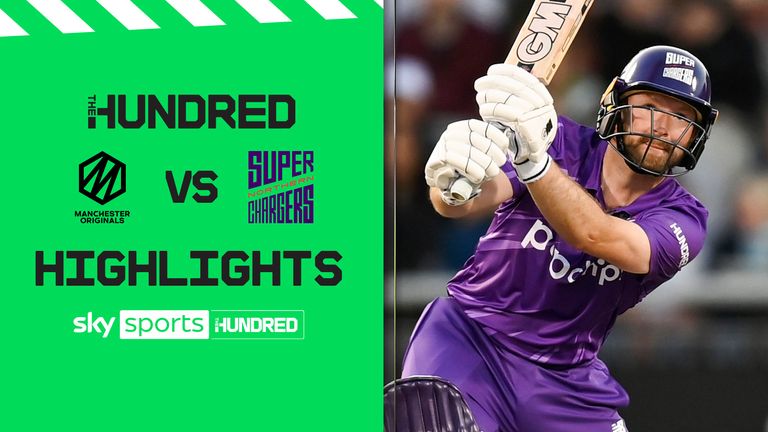 The names may be different but the Roses rivalry remained red-hot as a team from Lancashire (Manchester Originals) took on a side from Yorkshire (Northern Superchargers) in Friday's fixture at Emirates Old Trafford.

Originals skipper Buttler hit 59 from 41 balls, including one six and five fours, before he was bowled by an Adil Rashid googly as the hosts carded 161-4, their highest score in the tournament to date.

Superchargers got the better of Originals in the teams' one completed match against each other last season, slamming a Hundred-record score of 200 during a riotous evening at Headingley, and they earned bragging rights again here.

In Originals' innings, Buttler was backed up by Wayne Madsen (43 off 26) and late cameos from Andre Russell (29no off 20) and Paul Walter (23 off 10) - Russell and Walter striking three sixes apiece - while with the ball for Superchargers, Rashid conceded just 20 runs from as many balls and Willey took two wickets, including Phil Salt for just one.

Rashid's figures of 1-20 from 20 balls were matched by fellow leg-spinner Matt Parkinson in Superchargers' run chase, with the latter having Willey caught in the deep. 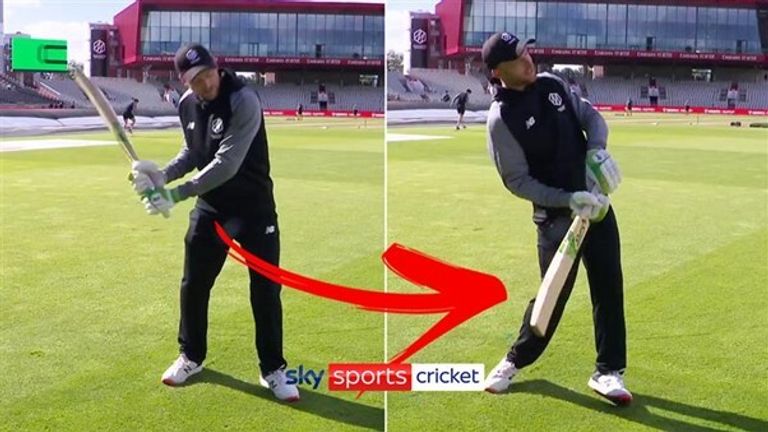 Manchester Originals skipper Jos Buttler gives a demo on white-ball batting, showing how he looks to play the scoop shot, the reverse sweep and more... 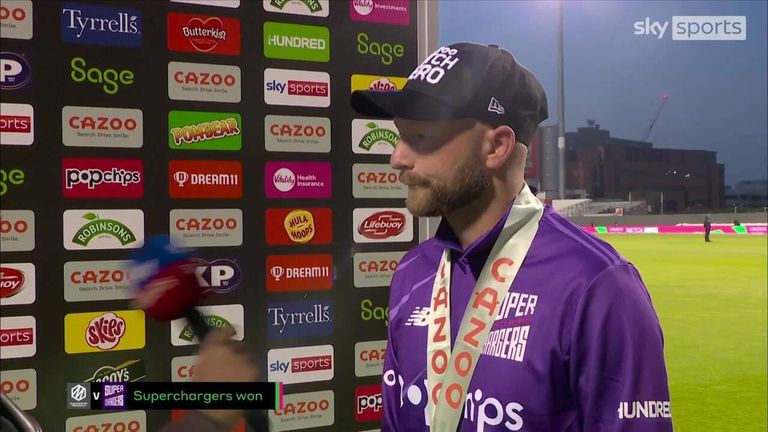 Hero of the Match, Adam Lyth, is confident his team can better their sixth-placed finish in The Hundred last year

Lyth said: "We spoke at half time about trying to take charge of the powerplay so it was nice to get a few runs and for the side to get over the line at the end. With our batting line-up we were very confident. Last year wasn't too good or us, coming sixth. We can do a lot better this year."

What they said - 'Brook was composed at the end'

Superchargers skipper, Faf du Plessis: "That was a really good start for us. I thought [Originals] were about 10 runs over par so it was important for us to get ahead of them in the powerplay, which I think we did.

"Then the guys stayed at that tempo all the way through. There was some real good composure at the end from Brooky [Harry Brook], who is a mature young guy. Lyth's inings was also very good. You need someone to get that fifty-plus innings to give you a chance of winning."

Originals captain, Jos Buttler: "I thought when we had the pressure on them, they needed a release and managed to find it. I feel like maybe the ball skidded on a little bit more than it did in our innings but credit to the opposition, I thought they managed to take the right risk at the right time."

Last year's runners-up Birmingham Phoenix get their campaign under way with a Midlands derby against Trent Rockets in Nottingham on Saturday (2pm on air on Sky Sports The Hundred ahead of a 2.30pm start).

It will be a star-studded contest with Liam Livingstone - who nailed a tournament-leading 348 runs and 27 sixes last season - Mooen Ali, Imran Tahir and Will Smeed among Phoenix's squad and Joe Root, Dawid Malan, Alex Hales and Rashid Khan in Rockets'.