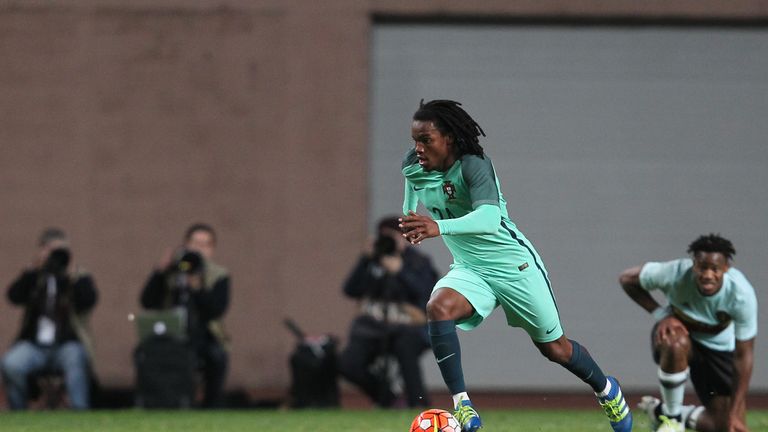 Are Manchester United looking to improve their options in midfield by signing an 18-year-old from Benfica?

Renato Sanches has risen through the youth ranks at Benfica to become a regular starter for the Portuguese champions, and aged just 18, was called up by Portugal for the first time for recent friendlies against Bulgaria and Belgium.

And according to national newspaper reports, United had scouts in attendance as Sanches earned his second cap as a second-half substitute in their 2-1 win over Belgium on Tuesday night.

He also put in an eye-catching display in Benfica's 1-0 defeat to Bayern Munich in the first leg of their Champions League quarter-final tie at the Allianz Arena on Tuesday evening.

But who exactly is Sanches? We take a closer look... 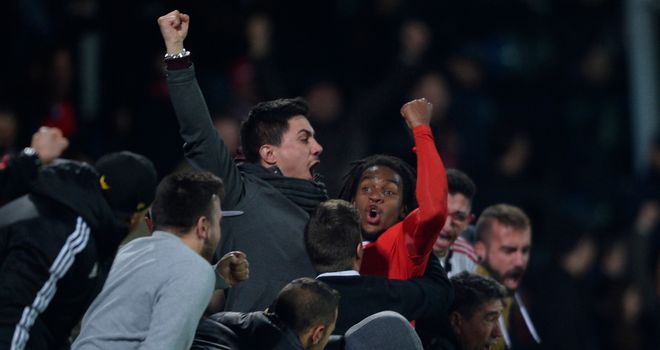 Sanches is of Cape Verdean origin, but was born and raised in Lisbon. He joined Benfica's prestigious academy aged nine and was able to work his way up to start for Benfica's B team in October 2014 after turning 17 two months before.

After just one year with the club in the Portuguese second division, Sanches was called up to the senior squad in 2016, initially just for training purposes. However, on October 30 last year, he made his senior debut as a late substitute against Tondela. 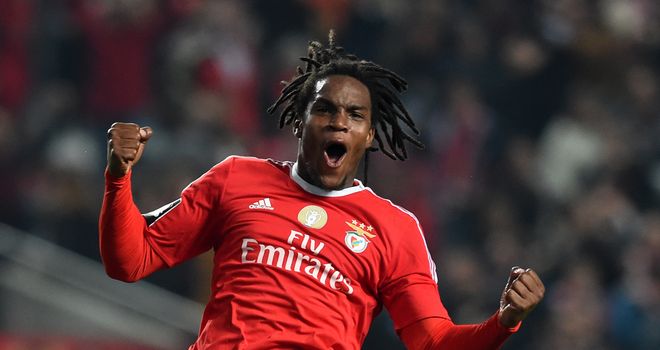 Sanches' rapid progress encouraged the club's board to give the midfielder a new contract, which he signed after the international break in November. The deal keeps him at the club until 2021 with a release clause of €80m (£60m) apparently in place.

Ever since his contract extension, Sanches' stock has continued to rise. On November 25, he earned his first start in a 2-2 draw with Astana in the Champions League group stages, playing the full 90 minutes. Then just a week later, he made his first league start in an away win against Braga.

In his 18 appearances so far this season, Sanches has scored twice. One a long-range strike against Academica and the other was a sole 74th-minute winner against Vitoria Guimaraes. 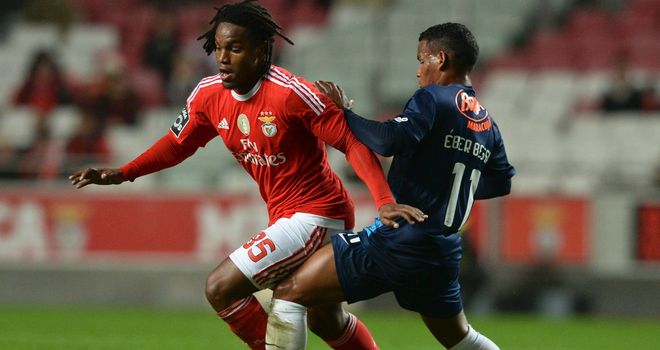 Sanches is known for his strength

Sanches is predominantly a box-to-box midfielder known for his strength, passing ability and composure on the ball. He's a player who likes to try and help dictate the tempo in the Benfica midfield, with his influence earning him a regular starting role.

The 18-year-old has been a standout on the pitch, with his braided hair also drawing comparisons to legendary Dutch midfielder Edgar Davids. His profile may suit Manchester United if they wish to add a greater layer of physicality to their midfield.

"I know I still have to develop. I'm 18. Over time, and with the help of my colleagues, I will improve."

"Scoring (his first senior goal) was an unforgettable moment. It is like a dream. I didn't know what to do. I never thought I would be playing here at 18. It's a childhood dream to play at Estadio da Luz."

"He has a strong shot and good vision for someone in his position."

Former Portugal international Rui Costa after Sanches' international debut against Bulgaria: "I congratulate Renato Sanches on his debut. I am very happy for him, and he's a good option for (Portugal manager) Fernando Santos. It's a good problem to have."

Benfica coach Rui Vitoria after Sanches' first home start and first Benfica goal: "Renato was wonderful. A first start at Estadio da Luz for a young man is every player's dream. It was a great (full home) debut. Surely he will not forget this performance."

Atletico Madrid manager Diego Simeone before their match against Benfica in December: "He has a strong shot and good vision for someone in his position. It's always nice to see good young players."