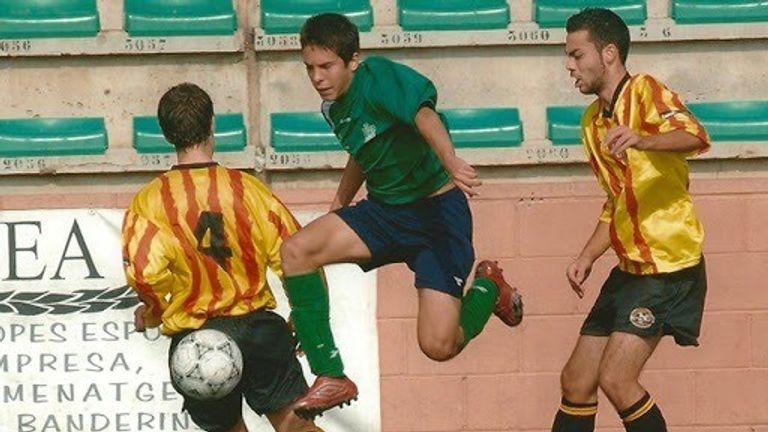 While Lionel Messi's Blaugrana have stagnated in La Liga this season, and Espanyol plunged back into La Segunda after 26 years, there is a third team - UE Cornella - on the rise.

In fact, UE Cornella would be playing Espanyol in competitive league games for the first time next season had it not been for a narrow defeat in the third-tier play-off final last month. It was Cornella's third successive play-off campaign - a record for any team at that level. 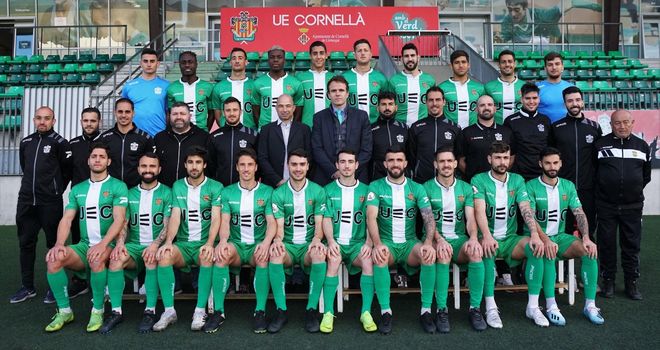 The small club to the south-west of the city have become a rare case of stability and steady improvement in Segunda B, and it is not only down to their shrewd financial model, but a policy of developing youth talent and selling them on, notably for one club in particular - Barcelona.

It might be a stretch to call Cornella La Masia's 'feeder club', but several top names and a whole host of others have trodden the path from Cornella to Barca and the lower-league side are trying to produce more and more.

Chief among those is Jordi Alba; now a five-time La Liga winner, Champions League winner under Pep Guardiola, and European Champion with Spain. 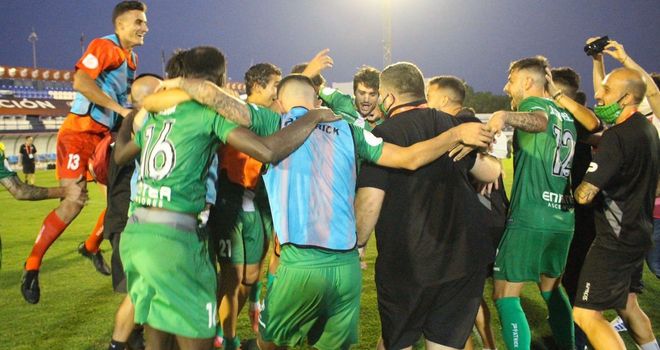 Alba was born just a few miles up the road from Cornella and it was they who picked him up as a 16-year-old in 2005, when he was released from La Masia for being too small and too slight. They nurtured Alba through three age groups in less than two years - and through a late growth spurt - and into their first team at 18.

There he became their stand-out talent, drawing attention from scouts of top-level sides Espanyol, Sevilla, Zaragoza and Mallorca. It was Valencia who snapped him up and Cornella bagged €6000 for him that day in 2007, and since he has become one of the best talents of Spain's golden generation.

Alba re-signed for Barcelona for €14m in 2012 - giving Cornella more income in solidarity payments - and went on to win five La Liga titles, four Copa del Rey trophies, two Supercopas, and the Champions League. He was instrumental in Spain's 2012 Euro triumph, scoring in the final against Italy. His buyout clause is now €500m. 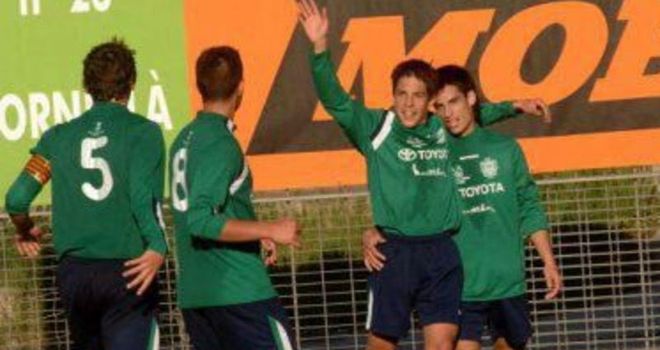 Rightly therefore, Alba is seen as the benchmark for UE Cornella's 1200 current youth players - the biggest academy contingent of all the Catalonian clubs; bigger than Barca's La Masia. And, rightly, Cornella are beginning to be respected right across Spain for producing strong young talent.

Alba is the pinnacle of some 50 players from different age groups that have now moved on to the Nou Camp, making Cornella the richest breeding ground for Barca talent. Perhaps on that basis they could be called Barca's feeder club. Other notable names to have taken this path are André Onana - the current Ajax goalkeeper and transfer target for Chelsea, Monaco's Keita Balde, Besiktas star Victor Ruiz, and Brentford goalkeeper David Raya.

Of Cornella's model, Alba has previously said: "The work being done at Cornella at academy level is very good, as a lot of players are going onto big clubs. 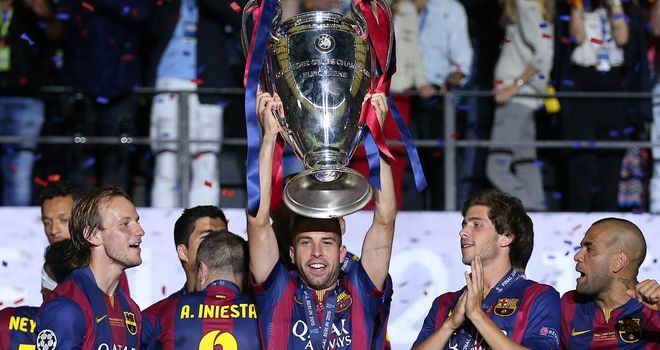 "I had the chance to be there and both the professional and personal treatment was amazing. They make you become not only a good player but also a good person and you feel supported by everyone in the club. They helped me a lot to continue my career."

The next one both UE Cornella and Barcelona are hopeful of is Gerard Fernandez, nicknamed 'Peque', which means 'little'. Thankfully the advent of players like Alba and Messi has caused attitudes towards smaller youngsters to chance, and he made the switch from Cornella to Barca last August after scoring 28 goals for Cornella's U18 side. Since, the 17-year-old has become the top scorer at U18 level at Barca, who consider him to be one of the most talented forwards of his generation.

UE Cornella's aim is to produce more Albas and Peques, and to firmly establish itself as not only a Barcelona feeder club, but the city's recognised third club. To that end, they recently made a huge promotional effort to get the entire municipality behind their promotion bid with #IlusiónVerde. 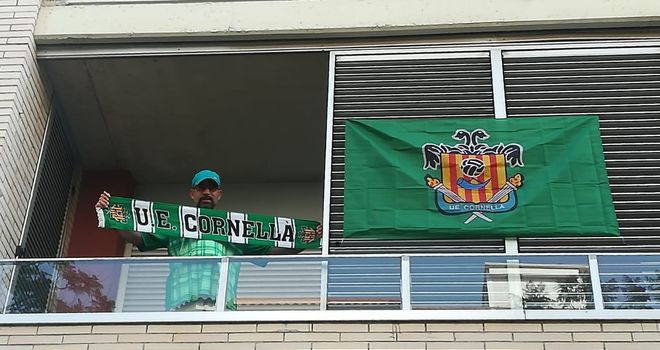 In English this means 'Green Hope' (Cornella play in all green) and some 3,000 flags were distributed and hung from the city's balconies as they prepared for their games against Ibiza, Atletico Baleares and the final with Castellon.

Andres Manzano, UE Cornella's general director, told Sky Sports News: "For us the work with the academy is essential. Without the players we produce and promote and the financial return we get from the effort we put in all of them, it would be impossible to maintain the club's stability.

"We don't have the same financial backing that other clubs in the division from other cities get from the institutions, in order to push their city's clubs up through the divisions. We do it by ourselves by producing income through hard work, which is one of the healthiest ways in football to finance your club.

"With the #IlusionVerde campaign we tried to get together with our supporters and make visible the backing the team has in the city. There's been a fantastic atmosphere coming into the play-offs and it just served as an added motivation to keep welcoming fans, maintain our philosophy and keep going with ambition on to the next challenge."