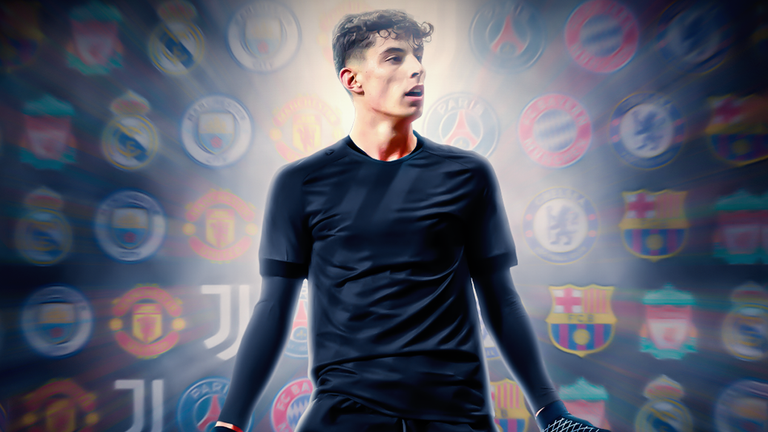 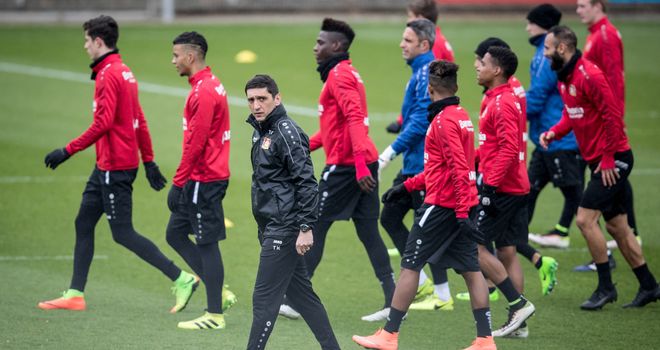 Kai Havertz is congratulated after his equaliser against Ingolstadt "I remember telling Rudi Voller to take care of Kai because he would be one of the best players in the world. He was 17." 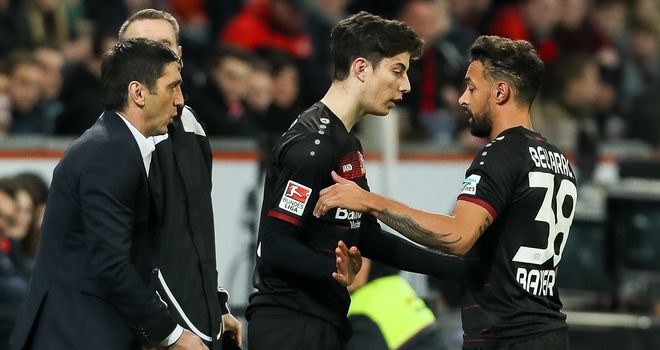 Korkut was hugely impressed by the teenage Havertz at Leverkusen