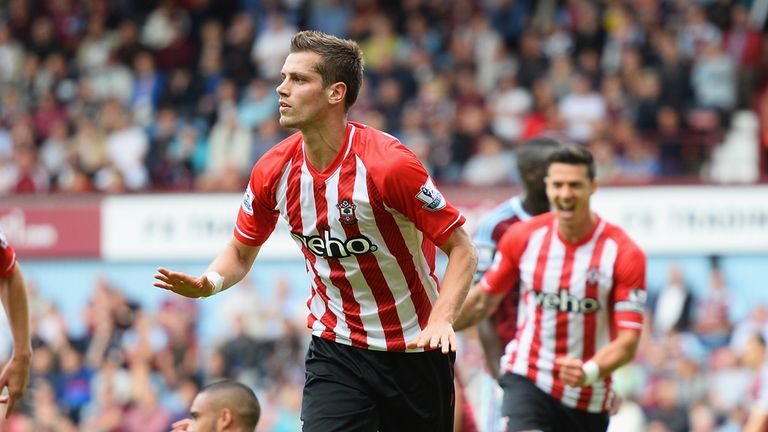 Morgan Schneiderlin: Will give his all for Southampton

Morgan Schneiderlin wanted out of Southampton over the summer, but has switched his focus back to events at St Mary's.

It was to be an eventful transfer window for those on the south coast, with early departures countered by late arrivals.

The sight of those moving on – such as Luke Shaw, Rickie Lambert, Adam Lallana and Dejan Lovren – caused uncertainty, with Schneiderlin among those to wonder whether he too should be heading for the exits.

Tottenham Hotspur, now under the guidance of former Saints boss Mauricio Pochettini, were said to be keen on a man who graced the World Cup finals with France.

Southampton put their foot down, though, making it clear that no more high-profile sales would be sanctioned as Ronald Koeman looked to rebuild.

Schneiderlin was left with little choice but to accept that decision, with UEFA Champions League ambitions shelved, but he is prepared to continue giving his all for the good of the collective cause in a fiercely competitive division.

The 24-year-old midfielder told L’Equipe: “My objective at the end of last season was to play in the Champions League this term.

“Those are the matches that help you to improve. But playing in the Premier League also allows you to play against Chelsea, Liverpool, Manchester City, Manchester United, Arsenal, and they are big matches also.

“I can’t get annoyed with it. I have to achieve the best possible season at Southampton and keep performing at the same level.

“In my body, I feel better as a footballer. I feel I will go on improving.”