Dean Henderson's future at Manchester United will become clearer in the next fortnight, as talks over a new long-term contract enter a crucial stage.

Discussions over a highly-lucrative deal, which would make Henderson one of the best paid goalkeepers in Europe, have been ongoing for several weeks but for now, no agreement has been finalised.

Ed Woodward is due to discuss budgets with the club's owners later this week - and the scale of United's offer to Henderson is expected to be on the agenda.

United see Henderson as their long-term goalkeeping option and are keen to secure him on a new five-year deal.

Manager Ole Gunnar Solskjaer remains a huge admirer of Henderson and the progress he has made this season - and has not ruled out the option of the 23-year old and David de Gea going head-to-head for the No 1 jersey at Old Trafford next season.

Henderson has enjoyed another high-class campaign on loan at Sheffield United, keeping 13 clean sheets as Chris Wilder's side finished ninth in their first season back in the Premier League.

Wilder would love to welcome Henderson back for a third spell at Bramall Lane, but faces competition from a host of clubs trying to persuade Manchester United to loan their talented goalkeeper.

Chelsea are one of a number of clubs who continue to monitor developments at Old Trafford, in case agreement on a new contract is not reached.

Henderson has two years, with an option for a third, left on his present deal.

Neville: Ole has De Gea decision in his hands

"De Gea has been good enough. I was nervous about him in his first year or two at Manchester United but then he did prove to be one of the best goalkeepers in the world for four or five years.

"In the last 18 months he's been riddled with mistakes and only Solskjaer can make that decision over the goalkeeper.

"De Gea hasn't put a foot wrong in [United's] last two matches. Solskjaer has still got that decision in his hands, but he's at least got through that until the end of the season."

Bosnich: Henderson pushing De Gea to be no.1 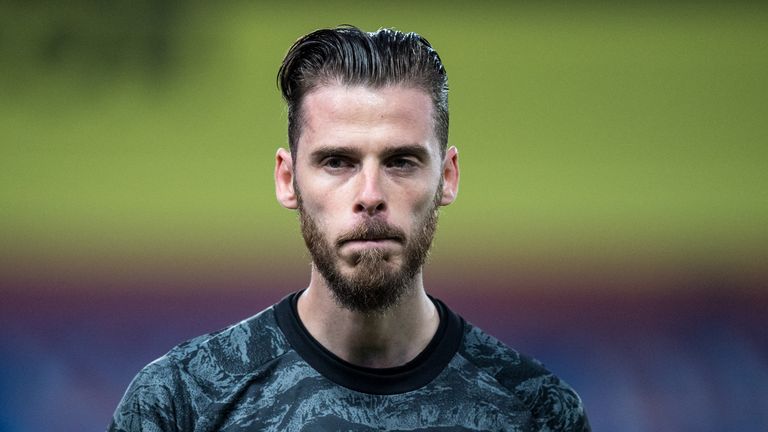 De Gea will remain as Manchester United's first choice goalkeeper for the time being but Henderson is increasing the pressure, according to Mark Bosnich.

De Gea has had to deal with ongoing criticism this season following a series of uncharacteristic mistakes, the most recent coming in United's 3-1 FA Cup semi-final defeat to Chelsea where the Spaniard was at fault for two goals.

Bosnich said: "Obviously when you start making mistakes as he has done in the last six to 12 months people start opening their eyes and because it has happened in certain situations which have cost Manchester United, for example the FA Cup semi-final, people start asking questions

"Also having someone like Dean Henderson playing so well at Sheffield United, and being on Manchester United's books, it is only natural that people are going to ask if he is up to it.

Henderson, 23, spent two seasons on loan at Bramall Lane from United, and Norwood, himself a United academy graduate, says he has what it takes to eventually make the step up.