Patrice Evra is yet to decide his future, according to Man Utd defender's agent 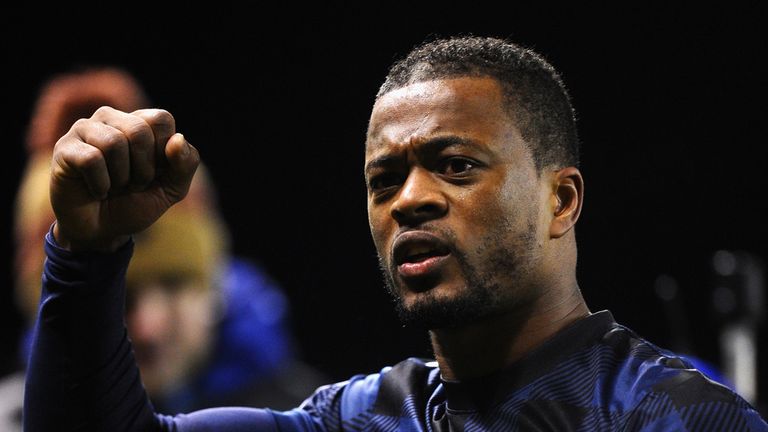 Patrice Evra: Manchester United defender is yet to decide future

Patrice Evra's agent insists that the defender has not yet decided whether to stay at Manchester United or move on this summer.

The 32-year-old left-back is out of contract at the end of the season, although he has held talks with United over a new deal at Old Trafford.

A host of clubs are being linked with Evra, particularly in Italy with both Inter Milan and Roma said to be keen on securing his signature.

Evra began his professional career in Italy, playing for lower league outfit Marsala and then Monza in Serie B before returning to his native France.

"Patrice has to decide what to do with his future," his agent Federico Pastorello told Tele Radio Stereo.

"He is very close to United, but lately things have changed a little.

"Could he come back to Italy? Patrice has always highly regarded Serie A and so, if he were to leave England, it could be a possibility.

"But at the moment it is still too early to talk about next season."