Transfer news: Juan Cuadrado happy to still be at Fiorentina 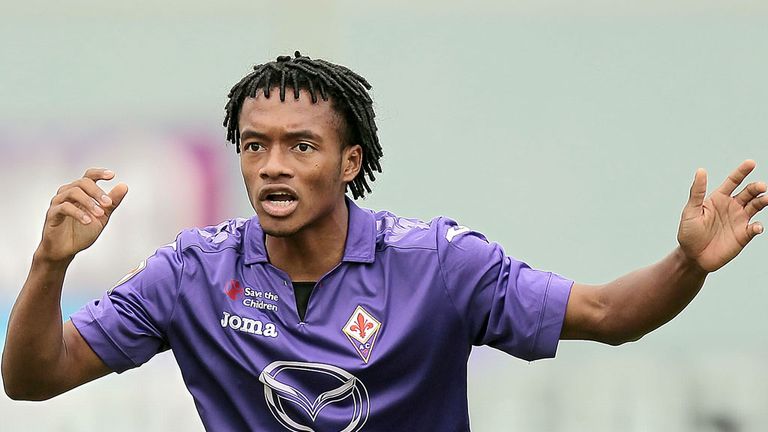 Juan Cuadrado: Prepared to spend another year in Florence

Juan Cuadrado claims to have ignored much of the speculation surrounding his future and is happy to be at Fiorentina.

The Colombia international was heavily linked with the likes of Barcelona and Manchester United during the summer transfer window, only to see the deadline pass with no deal done.

Fiorentina’s reluctance to enter into talks helped to keep interested parties at bay, with the Serie A side making it clear that the 26-year-old remains a key part of their plans.

Cuadrado has no issue with that stance after two productive years in Florence and a further three with Udinese in the Italian top flight prior to that.

He told reporters from Colombia’s training base: “Manchester United’s and Barcelona’s interest? It has been spoken about but, to tell you the truth, I have always been calm.

“I’m happy to stay at Fiorentina for another season. I feel good here.”

While Cuadrado is happy to brush aside the rumours for now, Barcelona sporting director Andoni Zubizarreta has revealed that the South American is a player they will continue to monitor.

“He is a great player with a great CV, who plays Fiorentina, and is a player to watch and to continue to follow.

“I am very happy with the squad, but I will not compare it with others.”